What is in a name? Sometimes… everything. Diabetes typing has gotten more complicated in recent years. Decades ago, there were two main types of diabetics.

Before we get into the ‘meat’ of this post let’s step back for a moment.  The American Diabetes Association (ADA) in their mission statement claims … “Our mission is to prevent and cure diabetes and to improve the lives of all people affected by diabetes.” 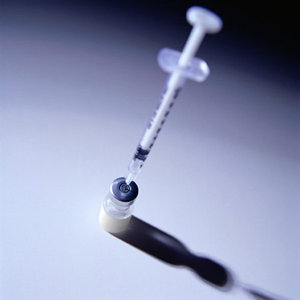 I believe the ADA’s  mission is to secure donations to extend their employment and ingratiate themselves with their true “constituents”. By the way, their tue constituents are Big Pharma and Big Food. IT IS NOT Diabetics.  Big Pharma alone donated $31 million to the ADA in 2012, read this post with proof, “$31 millions Reasons“.

The names of the two main types of diabetes have changed in recent decades… the reason for this change speaks volumes about the ADA’s protocols and who their recommended treatments actually benefit.

” is a form of diabetes mellitus that results from autoimmune destruction of insulin-producing beta cells of the pancreas.” In other words, the pancreas does not produce enough insulin for the person to live, they are therefore “insulin dependent”.  Today, we call this The previous name for this ailment was:

I wonder why the name was changed from Insulin-Dependent … to Type One Diabetes? It was certainly an accurate description, I believe I know why… do you?  If you know anything about diabetes, you know the answer.

I’ll discuss in a moment….this is exciting isn’t it? :)

Previously known as Non-insulin dependent diabetes mellitus (NIDDM)
” is a disorder that is characterized by high blood glucose in the context of insulin resistance …“.  Typically, the pancreas produces insulin but the body is “insulin resistant” and does not process blood glucose efficiently, causing blood glucose levels to rise too high. The previous name for this form of diabetes is :

What’s In A Name

Let’s see, the old name for Type 2’s is “NON-insulin Dependent Diabetes Mellitus”… do you get the joke yet?

THE only reason the ADA and the Medical Industry changed the name, as more and more people stayed on the ADA diet, MORE AND MORE Type 2’s became insulin dependent!!!

THE OLD NAME NO LONGER applies to the vast majority of Type 2 Diabetics who follow the ADA’s ‘carb up and shoot up’ diabetes protocol!

For the vast majority of Type 2 Diabetics that follow the ADA Meal Plan, NOT only are they INSULIN Dependent, but the ADA’s diet is requiring them to take more and more drugs!

Imagine all the T1’s are insulin dependent and the VAST majority of T2’s are Insulin dependent… (or should be to maintain truly normal blood sugars), the OLD names no longer applied.  With both Type 1 diabetics and Type 2 diabetics being ‘insulin dependent’, the old  names were confusing.

The Medical Industry had to create new names… and of course, take none of the blame.

So did they recognize their error and change their meal plan away from a high carb diet that is hurting and maiming diabetics???

HELL no…that would be too damn embarrassing. People would have to admit they were wrong and the ADA would likely forfeit millions of dollars in donations from their ‘true’ constituents,  Big Pharma and Big Food.

The ADA couldn’t do that.

The Medical Industry would lose $$$ Billions in income and jobs if they accepted responsibility and changed their protocols.

The Medical Industry couldn’t do that.

It’s much easier to correct the problem by simply changing a the names.  No more confusion… right?

In olden times there were only two types of diabetics.

… the problem is, the lines between them blurred, creating confusion.

And Type 1’s who ate High Carb, grain based diet (if they live long enough) often become insulin resistant.   Just because they inject their insulin doesn’t make them immune from the gorging of a high carb grain based meal plan.

*See the problem?*    Today the Medical Industry has created a plethora  of “Types of Diabetes” … there is Type 1, Type 2, LADA, Gestational, MODY, etc  … all designed (in my opinion) to get more MONEY.

All diabetics always have and always will fall into two groups… especially those on a high carb, grain-based diet.

2. Those that are Insulin Resistant … their bodies do not process insulin properly and therefore do not process blood glucose properly.   (Type 2’s and Type 1 who live long enough)

People… I urge you to wake up and follow a Very Low Carb meal plan. A paleo style meal plan is the meal plan we were designed to eat… This is true for all but particularly true for DIABETICS.

One thought on “What is in a Name?”