Do you doubt corporate contributions influence diabetes treatment protocols? Are you supremely naïve? We have a Deathcare system, not a healthcare system. 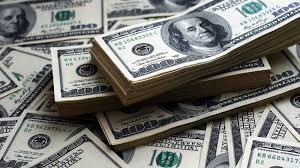 1) Do you really think those corporations would continue contributing millions and millions of dollars, year after year, if there was no Return on Investment?  If corporations did not see increased sales from their investments, what company in today’s climate can afford ‘throwing money down a hole’? … not many.

2) Do you really think these disease protocol groups are not influenced by tens of millions of dollars donated by large corporations annually?  Are you THAT supremely naïve?

If you believe that the ADA, AHA and ACS make dietary decisions without considering their corporate sponsors… you are supremely naïve.

Of course corporate contributions influence diabetes treatment protocols. Why else would the American Diabetes Association continue to push a high carb, grain based meal plan to the ONE GROUP that needs it the LEAST!?!  … diabetics.

Here is a pdf downloaded  from the American Diabetes Association website that has since been REMOVED! Thankfully  Ola Forsstrom-Olsson downloaded and saved a copy.

Below is the entire list showing that Big Pharma (Large Drug Companies) who gave $31 millon in 2012!!!

From $19 to $31 million in three years, inflation is hell isn’t it??? So is the increased pain and suffering of diabetics.

Big Pharma ALONE paid the American Diabetes Association (ADA)  OVER $31 million in 2012  … let that sink in.

The ADA promotes a High Carb, Grain Based, Low Fat meal plan that causes MORE drug use and MORE INSULIN USE!  Coincidence?

Are you actually going to sit there and tell me there is no connection??? Really?  Are you …. supremely naïve?
This next picture really paints the picture.

Novo Nordisk, Sanofi and Eli Lilly all profit directly from a high carb meal plan … they are the three top insulin producers.

The more the ADA promotes a meal plan featuring breads, cakes, cookies, pasta, rice, potatoes and cereals… the more those companies profit. And apparently the reason the donations went from $19 to $31 million in four years.

The top three insulin produces alone contributed $22 million, these three ALONE contributed more than all of big pharma combined in 2009!

Are you  supremely naive?

Diabetes is  disease of ‘high blood sugar’ or hyperglycemia.

When blood sugar goes up, what must people do?   Buy more insulin and diabetes drugs.

The ADA’s meal plan without a doubt sells more insulin and drugs.

If Alcoholic’s Anonymous promoted an alcohol treatment program featuring the drinking of 1/2 a fifth of liquor per day… and AA was funded by Jack Daniels, Smirnoff etc … people would raise HELL!

There is most definitely a conflict of interest …  the only ones benefiting from the high carb ADA meal plan is Big Pharma, Big Food and the Medical Industry.