Home » Wall of Shame » Happy Birthday ADA? ….. a celebration? NOT

A post expressing anger, revulsion and disbelief in the ADA celebrating 75 years while presiding over an explosion of the disease world-wide.

I saw the tweet below and I was … dumbfounded.  How can an organization FAIL more than the ADA?

A little background for some of you that may not know the true story behind the American Diabetes Association.

Below are some of their statements on their ‘About Page”.

“We lead the fight against the deadly consequences of diabetes and fight for those affected by diabetes.”

“We are dedicated to Stop Diabetes.”

If you suck at what you do… typically you want to maintain a low profile. But the ADA through slick marketing and public relations is thought to be a positive force by many in the general public… hence the huge and numerous fundraising events to ‘Stop Diabetes”.

During the past 75 years, while the ADA has claimed to wage a war against diabetes … the disease has exploded!

Initially the disease was a problem in the United States, then it spread to other first world countries… but now it’s a global epidemic.

During the past 75 years while the ADA has been promoting a high carb, grain based diet for those who need it the least (diabetics), the ADA has raised more and more money from their ‘corporate sponsors’.

In 2008 the ADA raised $19 million from those that profit the most from your dietary and disease protocols … Big Pharma.

In 2012 the ADA  raised a whopping $31 million again, from those companies that profit the most… Big Pharma.

During the past 75 years the ADA has presided over an EXPLOSION of diabetes.

As well as record sales for drugs and processed foods.

Honestly, the American Diabetes Association could not have done a WORSE job…  in ‘stopping diabetes’.

How and why the ADA receives any donations from ‘people’ is due to marketing and propaganda … not for results.

The huge increases in donations in corporate contributions is understandable of course… the ADA generates more business for their corporate sponsor’s foods and for their drugs, and the American Diabetes Ass. is rewarded with ever larger contributions.

To truly fight diabetes, we need a group that will not sleep with the large food companies and large drug companies… just to increase corporate donations.

Big Food and Big Pharma are partly responsible for diabetes increasing…  and yet the ADA sleeps with them. 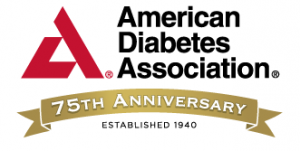 So in response to the ADA celebrating 75 years .. I somberly and sincerely say … F*ck You!
As long as I am breathing I will be fighting the American Diabetes Association and the purveyors of pain… Big Food and Big Pharma.