Home » Management » Cause of Type 2 Diabetes?

Ok, pretend for a moment YOU are THE MOST influential Diabetic Organization in the world  and your 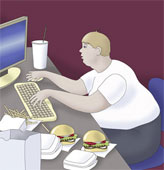 “Healthy Living Magazine”  website was sharing an article on, ‘the causes of diabetes’.

You as THE leading diabetes organization in the world have a unique opportunity to help MILLIONS, perhaps BILLIONS of people.

THE CAUSES OF DIABETES

What would be the causes you’d list for diabetes?     Below are mine.

What does NOT CAUSE Diabetes

The article I mentioned above from an ADA Minion site, “The Causes of Diabetes” lists possible causes of diabetes.

Not surprising given the financial support contributed to the American Diabetes Ass., by Big Pharma, Big Food and the Sugar Lobby, none of the reasons I gave were mentioned, not even once.

…..these words were not mentioned ONCE!

HOW CAN you have a serious discussion about the causes of Diabetes and NOT discuss sugar, carbs or  grains????

Answer?   $$$$$$, specifically I’m talking about contributions by Big Food, Big Pharma and the Medical Industry.  Here’s a post I wrote about the $31 Million donations from 2012.

I successfully self-treat my diabetes with a low carb, high fat, paleo-style meal plan.  I play outside in sunlight when I can… typically barefoot and shirtless.