I placed the date in the title for a reason…. I do not have high hopes for a change in the American Ass. of Diabetes Educators (AADE). In case I am right, I want to be able to use the same title next year… :(

Why am I so negative about the outlook?

Answer: NUMEROUS studies have been published showing Low Carb PALEO is THE BEST diet for ….

** I know, I know…there have been studies muddying the water…but they are likely bought and paid for by BigPharma or Monsanto. 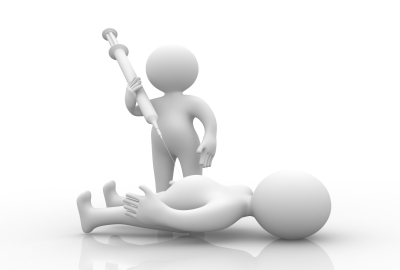 Answer: Because we know studies are biased by those who pay for them AND l personally KNOW many who have ….

1) Lost weight and kept it off.

** BTW, all the above mirrors my own PERSONAL experience.  IN FACT, every person that does Low Carb Paleo … EVERY SINGLE ONE, reduces DRUGS and INSULIN….

GIVEN the studies and numerous personal “testimonies”… how is it possible that “LOW CARB” was not even mentioned at the American Ass. of Diabetes Educators (AADE)?

I checked the program guides… no mention.

I even checked the blogs of some of the attendees AND personally asked many ….

NO one could or would acknowledge that LOW CARB was a topic of any speaker, meeting or “mastermind group” … obviously,  I use the term “mastermind” very loosely.

Below are the posts from last week’s ADA and AADE Rants…. if you missed one I urge you to read them… so you will have a better idea of what we are up against.  When I say “we”… I do not mean diabetics. I mean “we” as people living on this planet.  The monied interests of BigPharma and  BigAgra (Monsanto) will be difficult to overcome.

If I was a CDE

Profiteers & AADE « Diabetes-Warrior.net – Sugar Lobby and other Profiteers … is this why Diabetes Educators do not promote Low Carb MEAL PLAN????

ADA Minion Spotlight « Diabetes-Warrior.net CHECK THIS OUT!!! An ADA Minion tells me … we need 120g MINIMUM for brain function alone!!. :))

This Accord is NO HONDA – decoding the Accord Diabetes Study « Diabetes-Warrior.net– ‎<< Hardly a day goes by that some ADA Minion or ADA “newswrag” does not write an article supporting poor glucose control and cites the ACCORD studies as a source. >>

ADA Money Trail « Diabetes-Warrior.net – Diabetes “costs” us all greatly and the graph below shows the large picture of the MONEY TRAIL.

ADA Minion’s Diabetes Myths « Diabetes-Warrior.net – << I REALLY get fired up when I see people promote a high carb meal plan…. WHEN THEY PROFIT from such a meal plan. >>