The Accord Diabetes Care Study is used to harm and mislead diabetics every single day.  People with alternative motives use the Accord Study to convince diabetics that ‘strict control’ is harmful.

Hardly a day goes by that some ADA Minion or medical industry article does not publish an article supporting poor glucose control and cites the ACCORD studies as a source.  The ACCORD diabetes care study is a farce.

ACCORD diabetes care study is a farce

Accord Study is a Farce

PLEASE!! Do not believe these lies and deceptions.  Don’t take my word for it… read and heed the words of credible MD’s and PhDs.  First here is a link to the actual Accord Diabetes Care Study, below are the results.

CONCLUSIONS –  As compared with standard therapy, the use of intensive therapy to target normal glycated hemoglobin levels for 3.5 years increased mortality and did not significantly reduce major cardiovascular events. These findings identify a previously unrecognized harm of intensive glucose lowering in high-risk patients with type 2 diabetes

The Accord study is NOT implying that tight blood glucose control is harmful, they are STATING it outright.  Nothing could be further from the truth. Don’t take my word for it, listen to MDs and PhDs that you can trust.

First up is the Nutrition and Metabolism Society, a non-profit organization seeking to promote carbohydrate restriction.  They submitted a petition to retract the Accord study results… below is their petition.

National Institute of Health re: the ACCORD Diabetes Study: “Intensively targeting blood sugar to near-normal levels … increases risk of death. ”  (my bold for emphasis)

This statement is untrue. This study lowered blood glucose levels only by aggressive drug treatment.

Preventative measures and proven non-drug treatments are being ignored by the NIH, ADA and many other governing agencies.

There is abundant scientific evidence proving a carbohydrate restricted diet can be as effective as drugs in lowering blood glucose levels safely. Many times diet is more effective than medication in controlling diabetes – all without side effects or increased risk of death.

I ask that the NIH publicly retract the above statement. It is misleading the public.

I also request that the NIH acknowledge the existing science and fund more research by the experts who have experience with carbohydrate restriction as a means of treatment for diabetes.

For more info, or to help people with diabetes, please e-mail [email protected] .

Just want to stress the above statement in red… to me, this explains the error in the Accord report. NONE of the participants in the Accord study were eating a Low Carb Paleo meal plan.

ALL were  taking “aggressive drug treatment”…. imagine a poor diabetic eating the ADA high carb meal plan. Chasing the carbohydrates with drugs and insulin, which will typically create dangerous low and dangerous highs. This is the “diabetes roller coaster” caused by the ADA’s “carb up and shoot up” meal plan.

This is THE most important reason those in the study who were exercising tight blood glucose control experienced higher mortality rates. It is terribly stressful and inflammatory for the body to be subjected to high carbohydrates and the resulting damaging highs and lows due to drug and insulin use.

Compare that with a Low Carb Primal meal plan… many of which maintain NORMAL Blood Glucose without ANY DRUGS or INSULIN. It is unethical and immoral to imply tight control is the cause of increased mortality….when in fact it is the high carb meal plan supported by ADA and it’s Minions.

The Accord Diabetes Care Study is a farce. 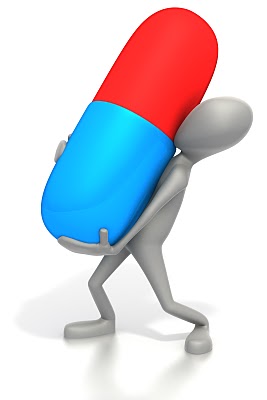 My opinion: Of course, they treated the blood sugars but the pro-inflammatory diet did not change. So therefore, in one hand the patients had “healthy foods” (honey, juice, whole wheat breads, pastas, sports drinks with crystalline fructose, oatmeal, granola bars, etc.) and in the other hand anti-diabetic pills +/- insulin. It is like a drug addict injecting heroin in one arm and in the other arm simultaneously injecting the antidote. Makes no sense

I believe it’s obvious to any un-biased person… it’s not “tight control” that is dangerous to diabetics. It’s tight control while attempting to follow the “carb up and shoot up” meal plan of the ADA.

Quite frankly, anyone who would attempt to convince a diabetic that a good blood glucose goal is anything less than “normal” for non-diabetics is causing them tremendous harm. Overnight fasting “Normal” range is 70-100 mg/dl.

Why does the ADA and it’s Minions still promote the study as proof that tight control is dangerous and harmful???

Because they know that this study is the only way they can justify their “carb up and shoot up” meal plan.  Without this tainted study… their house of cards falls… it is an excuse to maintain the status quo.

As I have stated numerous times in the past… the American Diabetes Ass. meal plan is IMMORAL & unethical… and should be stopped.

If you are a diabetic, I urge you to follow a meal plan similar to my own, the link is here.

The Accord Diabetes Care Study is a farce.

2 thoughts on “Decoding the Accord Diabetes Care Study”