Did you hear?  US dietitians admitted they were wrong and caused immeasurable suffering to millions with harmful dietary advice! What, you didn’t hear that?

Butter, meat and cheese do belong in a healthy diet. The dietitians didn’t quite go that far, but they did move in that general direction. 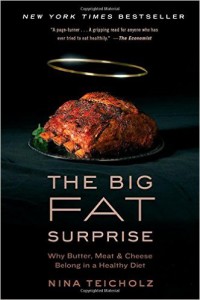 Why Butter Meat and Cheese Belong in a Healthy Diet

The dietitian’s group that has been in the back pocket of it’s corporate donors including PepsiCo, came out with ‘comments’.  In this press release Dietitian’s Announce the Dropping Cholesterol and Saturated Fat from the “Concern List”. The Academy’s recommendations to the Departments of Agriculture and Health and Human Services include:

1) Supporting the DGAC [Dietary Guidelines Advisory Committee] in its decision to drop dietary cholesterol from the nutrients of concern list and recommending it similarly drop saturated fat from nutrients of concern, given lack of evidence connecting it with cardiovascular disease;

After Decades of Demonizing Fats

And by default, they are admitting that their advice caused much pain and suffering, even though they will not come out and say it directly.

2) Expressing concern over blanket sodium restriction recommendations in light of recent evidence of potential harm to the larger population;

Again, after blaming sodium for hypertension (high blood pressure) and many other ills, the dietetic group admits they were at least wrong in making ‘blanket’ anti-sodium statements.

3) Supporting an increased focus on reduction of added sugars as a key public health concern; and

For decades dietitians minimized the effects of ‘added sugar’ as a neolithic agent of disease, causing untold amounts of harm and suffering. The dietitians admit they were wrong by changing course and now are supporting an ‘increased focus’ on reduction of added sugars. 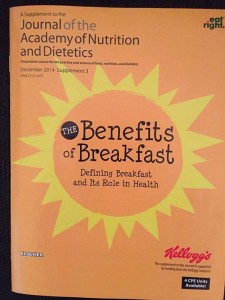 A training supplement for dietitians, provided by Kellogg’s. Dec 2014

THIS is a victory over Big Food, Big Pharma and the Medical Industry.

By apparently reversing course and no longer demonizing saturated fat, dietary cholesterol  and sodium… this is ‘big news’. It does signal a change in direction.  However it is ONLY step one.

The group did not hit the other ‘pillars of disease’ including glutenous grains, hydrogenated vegetable oils and soy bean based foods. This is a single, yet important step on the road to changing our nutritional course.

It will be interesting to see if this forces the other “low-fat” dogma groups to follow suit, including the American Diabetes Ass. and the American Ass. of Diabetes Educators.

We need to keep the pressure on the dietitians  (and others).  MILLIONS continue to suffer needlessly every damn day.

This is a VICTORY for those of us who have fought the Academy of Nutrition and Dietetics (AND) , but it’s just a battle victory in a longer war.

Let’s not lose sight of this — the national dietetics group has harmed millions with its harmful advice and instead of ‘quietly’ announcing a change in policy, the dietitians should come out with a public apology.  Doing so would help publicize the changes.  Sadly, many ignorant doctors, dietitians and diabetes educators still promote a low-fat, high carb, grain based meal plan.

The group has much work to do to make amends for decades of harm to millions upon millions of people.

Dietitians Admit They Were Wrong? Not exactly and they should do so.