I want you to see evidence of harmful diabetes treatment advice. It saddens and infuriates me at the same time.

The example below and those that follow, provide more evidence, eating a high carb, ADA-style diabetes diet makes managing diabetes exponentially more difficult. Following the diabetes treatment advice of the Medical Industry, is a slow road to pain and suffering. 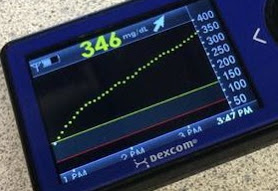 We will talk about the example above later in the post.  For now, just think about this person’s diabetes treatment protocol, and how harmful it is as you read the rest of this post

EVERY DAMN DAY I see evidence of the pain and suffering they cause.   It is why I say…

The ‘few’ that profit are Big Pharma, Big Food and the Medical Industry.

Note: All of the pictures used in this post were posted publicly for all to see.
Also, remember I do not want to exceed 120 mg/dl. My fasting goals are 60-90 mg/dl.   Here is a post on my Blood Sugar Targets and why.

Just looking at this twitter post is not that ‘telling’.  We do know that he is insulin dependent (due to infusion site) and we know that  his blood sugar is at 346 mg/dl.  By the way, #bgnow is a hashtag  used to note blood sugar levels at the time of the twee.  I’ve seen this guy post before, I know he is a Type 1 diabetic.

“Time for a correction”? This is the first real evidence of harmful diabetes treatment protocols.

Below is more evidence, he posted his Continuous Glucose Monitor (CGM) screen picture. You may not be able to read the time frame but this shows that his blood sugars continued to rise for three hours, in the afternoon.  He had plenty of time to make a correction, ‘in the light of day’.

What information can we glean from this picture about his diabetes protocols?

People can disagree at what levels cell and organ damage occur, but I think almost everyone will agree that damage occurs at 140 mg/dl.  I think it occurs above normal ranges.

Waiting until 346 mg/dl is a horrible idea.  Even if he guesses correctly he’s likely to face the diabetic roller coaster ride that so many ‘carb up and shoot up’ diabetics face, thanks to the ADA and AADE.

Lastly, 346 mg/dl is a truly dangerous level.  Ketoacidosis can occur at this blood sugar level, and that is something that no diabetic wants to experience.

This young man seems excited about his blood sugar and he posted a picture of his lunch and blood sugar level!  … see the “Super Duper” text on the picture?

Below is the picture attached to this tweet.  This makes me sad and angry. :( 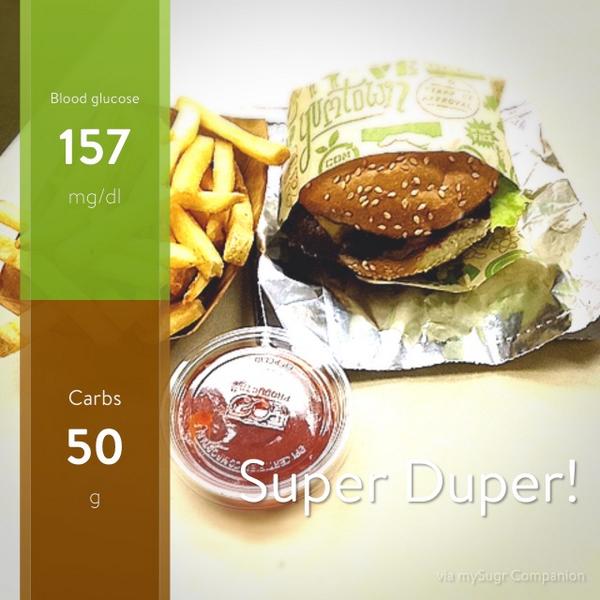 Carb Up and Shoot Up Diabtes Protocol

… I am guessing he did not. For the sake of this guy, I sure hope he guessed right but millions guess wrong every day.

Controlling blood sugar is so MUCH easier when eating a truly low carb, low inflammatory meal plan like this one, “Low Carb Paleo“.  And even if he guesses right on the number of carbs in the meal, judging by his harmfully high starting blood sugar level… he’ll be causing cell and organ damage 24/7.

Lastly… if my daughter had a blood sugar level of 396 mg/dl , my daughter would be texting this…

Dad and I are on the way to the emergency room.

I would NOT be suggesting that my daughter sleep.  As noted above, blood sugars this high can cause ketoacidosis (DKA) a very serious condition… I know from experience.

I also hope that the American Diabetes Association and the American Association of Diabetes Educators will stop promoting a high carb grain based diet!!   And that they will begin to promote truly accurate blood sugar level targets!!!