This is the sixth anniversary of my ‘first year with diabetes‘, including recent update pictures of me and my blood sugar. After seven years with diabetes, I am still

Seven years after a diabetes diagnosis, I am still successfully self managing my diabetes! Back in 2009, I weaned off insulin and my doctor said I was on a short-lived honeymoon. I am in year seven of the honeymoon! :) 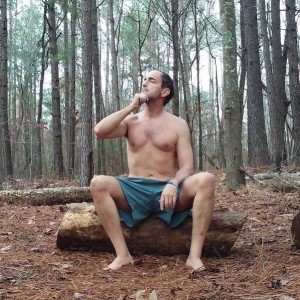 The doctor said that it’s not uncommon for a pancreas to re-start, but that the honeymoon period doesn’t last very long.  I’m sure he was right, if people eat a ‘carb up and shoot up’ diabetes diet and medical industry’s diabetes protocols.

For me, following a low carb paleo meal plan and lifestyle… the honeymoon is now in year seven!! 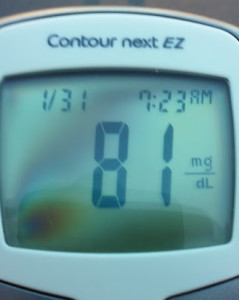 How many diabetics have lost limbs, organs or died prematurely in those 7 years? The pain and suffering is immeasurable.

I was a sedentary garbage disposal and I was chronically sick and obese.

I was eating ALL the ‘right’ foods. I thought I knew how to eat, you know…whole grains (pasta, bread, cereals), lean meats, milk, juices, and fruits. I ate those, all of them and then some. 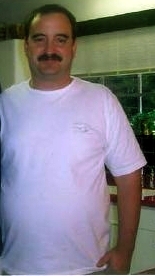 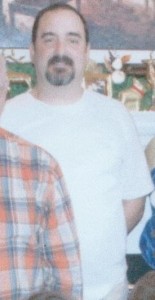 The worst example of my “daily menu” and there are so many bad examples to choose from…I typically ate dinner in my vehicle each night, between 8:00 – 9:00 pm, on my way home from work.

One night, I stopped at Arby’s and bought two of their “hoagie” meals, complete with two sweet drinks and two fries. This restaurant was 15 mins from my home and I finished them both on the ride home!!! IMPRESSIVE!….NOT! Disgusting!! YES!!!

Eating like that, with a sedentary lifestyle produced the results above.

Here are my “ONE YEAR AFTER” Pictures, the vast majority of the change was accomplished in the first 8 months from my Diabetes Diagnosis, February 2009 until October 2009.

Back – First year with diabetes

My First Year with Diabetes

One year after my first year with diabetes, I am in the best fitness condition of my adult life. ALL of my known health problems are GONE!!! ALL OF THEM.

I am still a Diabetic, but my blood sugar is NORMAL!!! For NON-DIABETICS. There is a growing number of diabetics that  can say that but still  TOO FEW!

I have normal blood sugar and I take -0- medications and -0- insulin.

Yes, since my diabetes diagnosis, I went from formerly obese, formerly drug and insulin dependent to…

NO drugs, NO INSULIN and normal weight.

I WANT TO SHOUT IT FROM THE MOUTAIN TOPS EVERY DAY!!!

But since I don’t live near a mountain top… I post stuff on the internet. :)

Diabetes is NOT a Debilitating Disease

Diabetes *can* be a debilitating disease and probably will be if you follow the advice of the American Diabetes Association and the Medical Industry.

ALMOST EVERYONE can do what I have done, if you can walk, if you can lift 5 lbs, YOU can DO THIS!

SERIOUSLY! LOOK AT MY OLD SELF! Since my diabetes diagnosis all of my health markers have improved, by any measure my fitness levels have improved.

ALL it takes are small daily steps and SOON you will see the benefits of your actions.

BUT KNOW THIS… fitness “starts in the kitchen”.

IN other words, you must FIRST learn to eat properly to reap ALL of the benefits that I have received.

You must first un-learn much that you have learned.

To Learn More about my low carb paleo meal plan.

How To Reduce Blood Sugar, Naturally

3 thoughts on “MY First Year with DIABETES”