I have learned much about the splendid goodness that is ‘fermented foods’.  Prior to a diabetes diagnosis I rarely consumed them,except for wines. :) 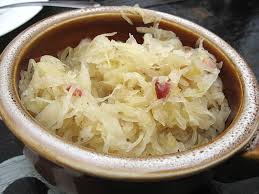 Some fermented foods are diabetic friendly.

Sauerkraut in the picture above can be a diabetic friendly food, especially if it’s homemade with no added sugars.  Fermented food has many inherent problems for diabetics, before we discuss let’s explain a few things.

Note: During the fermentation process MUCH of the carbohydrates are ‘converted’ to alcohol or lactic acid.

Organisms eating carbohydrates such as starches and sugars is a good thing for diabetics, that’s a win!  Fermentation also adds nutrients through bacteria growth while ‘eating’ the bad stuff… stuff that raises blood sugar, that’s a  WIN / WIN! ;)

If it’s a win/win, why do I say fermented foods *can* be diabetic friendly?

Some Fermented Foods are Diabetic Friendly

I knew that bacteria and yeast ‘burned up the sugar or carbohydrates’ … hey, I’ve been to a few wineries, I’ve taken the tours. :)

However,  I never REALLY thought about it, as it relates to the amount of carbohydrates listed in foods  until I became a diabetic.   Then carbohydrate content and restriction became critical to maintaining proper blood sugar control. I had read  about the purported benefits of fermented foods so of course I wanted to try them,

Why Some Are Not Diabetic Friendly

This means the actual carb amounts *CAN* be lower than those stated.  *Can*, but may not be. 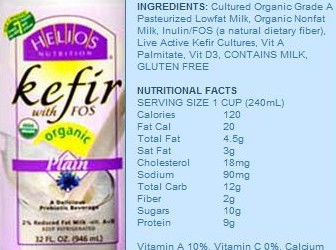 Some fermented foods are diabetic friendly

Ordinarily there is NO way that I would drink this product based on the carbohydrate count.

But Mark Gaw convinced me to try it back in February  due to it’s nutritional value including it’s ‘pro-biotic’ content…. so I did.

However,  you must test all fermented products before consuming them in significant amounts.

Individual foods should be tested to confirm expected affect on blood sugar levels.

** You can not judge the carb totals of fermented products using nutritional labels. **

The above statement applies to all foods but is even more true when it comes to fermented foods for the reason mentioned above.

Note: Many of my friends make their own fermented foods including sauerkraut, kefirs, yogurts, etc.  That is a way that you can gain control of the process, knowing what going into the foods before and after fermentation.

If you are interested in learning how to ferment at home here are a few Amazon links to products that can help.   Fermentation Kits , Mason jars and Fido canning jars.