Baby formula and diabetes, a contentious subject. For many people Baby Formula is where the lifelong addictions to sugar begins.  I would urge everyone to read this post, it lays important ground work for de-programming.

This post is guest authored by a Type 1 Diabetic, who wishes to remain anonymous. My comments are in block quotes and in the Summary. 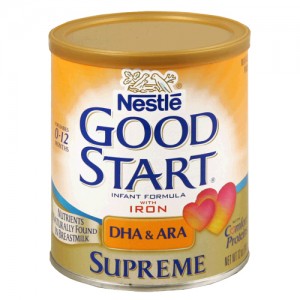 Ever since I was a little girl (having been diagnosed with type 1 diabetes at 18 months of age) my mom has said that she thought there was a connection between  Similac Baby Formula and my diabetes (or was a contributing factor).  She had no basis for this, but I often wondered if she was right.   Could it be something as simple as this?

Recent studies are now linking baby formula to diabetes, as well as obesity and other illnesses.

When I was pregnant with my first child, this thought was in the back of my mind and I found out that there was a study going on, trying to find out if there was a connection between dairy, baby formula and diabetes.

I enrolled in TRIGR study. (Trial to Reduce Type 1 In the Genetically at Risk).  The hypothesis was that baby’s digestive system was too immature to process milk protein and this caused an autoimmune response by the body, attacking the beta cells in the pancreas.

Breast feeding was highly encouraged in the study. Those not breastfeeding would be given either regular baby formula or a formula where the proteins had been broken down, or hydrolyzed baby formula, namely Nutramigen.

The study recommended holding off dairy until the child was at least a year old.  Ultimately, both my children were screened out of the study because they didn’t have the genetic markers for diabetes (thank goodness) but I followed the dietary guidelines just in case.

The TRIGR study is still in progress.  It will follow the children enrolled until they are 10 years old, but the pilot study results are in.  The results were posted in the New England Journal of Medicine.  “One hundred thirteen infants were randomized to be weaned to the hydrolyzed study formula (Nutramigen) while 117 were randomized to be weaned to the cow’s milk based study formula.”

Steve Note: According to the manufacturer, Nutramigen® Lipil® is a hypoallergenic, lactose-free formula for babies who develop cow’s milk protein allergy symptoms such as excessive crying or rash.

Steve Note: Did you ‘get that’?  Autoantibody frequency reduction by 46%!!

What is an ‘autoantibody’?  Certain ones are strongly associated with Type 1 Diabetes, an auto immune disease, it’s caused by the body attacking and killing the pancreas’s beta cells. Beta Cells are the cells responsible for insulin production.

Per Wikipedia, “An autoantibody is an antibody (a type of protein) manufactured by the immune system that is directed against one or more of the individual’s own proteins.”

When the comparison was adjusted according to the actual treatment received, four (4%) in the hydrolysate group and nine (8%) in the control group developed clinical diabetes suggesting that the hydrolysate intervention reduced the frequency of overt diabetes by 60%.” (Knip M, 2010)”

Steve Note: Let me repeat this for emphasis… the group fed hypoallergenic, lactose free baby food ( Nutramigen ) … saw a reduction in the frequency of OVERT Diabetes by 60%!!!

The full scale study is not complete, but these pilot study results definitely make me pause.  What other problems could formula cause?

According to Science Daily, researchers have found high levels of toxins in baby’s blood called Advanced Glycation End products.  These toxins which are toxic glucose byproducts can be caused by maternal blood transmission, from the mother’s diet, and are found in high concentrations in infant formula.

“Within the first year of life, after switching from breast milk onto commercial formulas, the infants’ AGEs had doubled to levels seen in people with diabetes, and many had elevated insulin levels.”

“Excessive food AGEs, through both maternal blood transmission and baby formula, could together significantly increase children’s risk for diseases such as diabetes from a very young age.”

Another study showing a possible  link between Baby Formula and Diabetes.

That’s some scary stuff.  Of course, not everyone can breast feed.  I personally had supply issues with my first two children and ultimately started infant formula.  Breast feeding is hard.   It can be extremely painful, and some babies have trouble latching on, which can cause or make these problems worse.  It can be extremely frustrating when it is not working out, and it can make a mom feel really guilty that she is failing her child.

The plot thickens however as hospitals are complicating matters by pushing mothers toward the typical cow’s milk baby formula…. .

2) A hypoallergenic lactose free baby food reduced the frequency of Type 1 Diabetes by 60%, compared to the control group fed cow’s milk based formula. Baby Formula and diabetes are linked.

3) Toxins (AGEs) have been found in baby formula, toxins that can increase the risk of diabetes and other diseases. And again, Baby Formula and diabetes are linked.

Given the above information, why is the medical industry pushing cow’s milk baby formula?

Why aren’t mothers hearing this information?

12 thoughts on “Baby Formula and Diabetes”