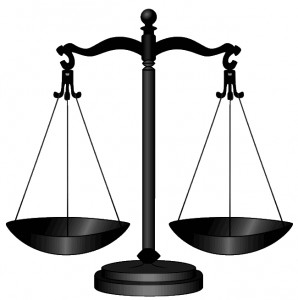 The main goal of this blog is to share  the primal or paleo lifestyle with more and more people.   Because I was diagnosed with diabetes, I do talk about self treating my diabetes often… but this way of eating, this way of living benefits everyone in my opinion.

What was the reason? … not my silky smooth writing style. :)

The Investigation started things off in January 2012.  I went to a nutritional seminar hosted by an obese, drug and insulin dependent diabetic… who just happened to be a diabetes educator and even better, she was a director of diabetes services at a local hospital.

She was essentially telling diabetics (and others in the room) to eat like her, leading to more and more insulin resistance. This will ultimately lead many diabetics to ‘wear out’ their pancreas and become drug and insulin dependent… just like her.

Background:  I too was a drug and insulin dependent, obese diabetic… I was.   I found a better way to eat and so can you.  (Click Here)  I am NOW drug and insulin FREE!  And I have normal blood sugar for non-diabetics.

To make a long story shorter, I spoke up at the nutritional seminar and  someone didn’t like what I said and reported me to the North Carolina Board of Dietetics and Nutrition.  I was told by phone  to stop what I was doing or face an injunction and possibly fines and jail time.   The state launched an investigation into my site and sent me this via email, the Result of the Investigation.

The Institute for Justice decided to take my case, pro bono!   Thank YOU!

This post summarized events up to today, “The Fight Continues“, but in brief…

The law firm that is representing me (Institute for Justice) and I believe that the state court was wrong, because when the government tells you to shut up… or else face prosecution, ultimately the state is inflicting harm. The state is restricting my speech.

The Institute for Justice filed a brief in appeal in front of the US 4th circuit!

All of which is AWESOME NEWS!!!

So the notoriety of the investigation and resulting lawsuit increased the visibility for the site.  Back to the 2012 Summary.

5)  Dear Pancreas, You May Rest Now –  THE most important nutritional post of the year… in my opinion. Please read!

4)  Future ADA Minion gives me dietary advice  – Yes, this did not end well for them. :)

3) How Do Nutritionists Sleep at Night… I’ll tell ya.  I loved this post… just saying. :)

1)   The Site and Free Speech is Being Investigated  – not surprising given the media coverage. :)

THE most gratifying thing about all of the media coverage?  The lives that have been changed in a positive way.  People from all backgrounds from many countries have found this website due to the publicity.

The Institute for Justice and ALL OF YOU who have supported me can accept some of the credit for changing those lives.

And I am referring to those that profit from harmful dietary advice… Big Pharma, Big Food and the Medical Industry.