Home » Activities » This Site & Free Speech are being investigated

This blog and I are being investigated by the NC Board of Dietitians due to, egads!! I tell people to eat like I do!!!!  …without a license!! Oh the horrors!!!

Part of the absurdity: the NC Board of Dietetics and Nutrition was formed to ‘protect people’ … yet, since the board’s creation obesity and diabetes has skyrocketed!  Ironically, the medical industry (which includes dietitians and nutritionists) harm people every damn day with horrible nutritional advice.

Yet…the North Carolina bureaucrats investigate me because, yeah… I might hurt someone telling them to eat real food. Obviously, these ignorant people know nothing about diabetes… nor ‘real’ nutrition.

Fact #1- I attended a nutritional seminar January 12, 2012.  I spoke up against the normal deceptions and falsehoods that cause diabetics harm. The lady giving the ‘seminar’ was an obese type 2 diabetics who IS drug and insulin dependent… just like I WAS before going ‘low carb paleo’.

Fact #2- Someone took offense to my statements, found me on the internet and reviewed my site. They then reported me to the North Carolina Board of Dietitians.

Fact #3 – I received a phone call from the director of the State Board of Dietitians. To be fair and honest… she was very nice, polite and informative.

However…. She stated that I, as a non-licensed person could provide NO dietary or nutritional advice… period.   It makes no difference if I am giving the advice away or if it’s for a fee.

She also stated that having a ‘diabetes menu’ and or ‘diabetes meal plan’ was the equivalent of providing nutritional advice and was against the regulations.

Fact #4 – She stated that the full “complaint board” would review my site and provide a written review of the investigation, hopefully by the end of this month, January.  She added that even IF convicted, it would only be a misdemeanor but typically these cases end without litigation, if the person agrees to change their behaviors or websites.

Before reading the review note:

1) My site had a disclaimer page but it was not on the ‘front page’, it was in a menu. It has since been made visible on every page.

2) I agreed to take down the ‘Diabetes Support” page.  It’s a page few people new about, I did not ‘promote it’ but people could become my client and I would assist them doing what I had done, for a fee.  My earnings were meager and I left the link up there just in case someone wanted my assistance.

As many of you know… I provide much more support… absolutely free. :)

I mention all this because you will see a reference in the review document (below) that it was not taken down.  I removed it from the menu and in my error, I thought that was enough but the ‘link’ was still live.  Someone would have had to know the full web address of the link to access it… and trust me, I was not earning enough money to even pay for site maintenance… it’s not a big deal to remove.

So … without further delay … here is the official investigation review link.  ( Website_Review_Cooksey_Jan._2012)

With the help of the Institute for Justice, I sued the state of NC and WON! :)

Here’s a post about the case and VICTORY!  “I Fought the Law and Won!” 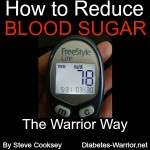 I recently published my first book, “How to Reduce Blood Sugar”.  It shows people how to eat to reduce blood sugars and it tells them why.

Invest a few dollars on your health and let’s get BUSY!

67 thoughts on “This Site & Free Speech are being investigated”