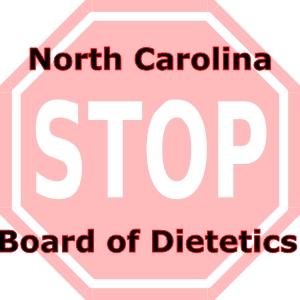 I have MUCH TO SAY about the investigation… unfortunately I have not had time to put all my thoughts together into something that resembles a ‘cohesive’ post.

I know what you are thinking… “Steve! That never stopped you before!!”  ;)

If you are unaware of this site’s investigation… “Click Here” but in brief, my ‘diabetic nutritional chart‘ , my ‘diabetic food posts‘ and even  my ‘diabetic menu‘ has been deemed to be ‘nutritional counseling’ and I am being told that is against the laws of NC.

I am being asked to change it and if I do not, I was told an court injunction would result… and I would be taken to court.

While I contact attorneys and legal aid groups today (and try to respond to the outpouring of support) I just wanted to update those interested as to where things stand right now.

Jimmy Moore and others have asked “What can we do to help?”   I haven’t had a good answer for that frankly.

Thanks to Suzanne Garrett who suggested contacting the North Carolina group…

What a wonderful IDEA! :) … Thanks Suzanne!

PLEASE let them know what you think! :)

3) I have been in contact with several attorneys and firms… so thank you for all of your comments, suggestions and best wishes. :)

Hopefully by this evening, I will have a much firmer grasp on ‘where this stands’.