Home » Activities » I Fought the Law and I WON!

I, with the help of the Institute for Justice sued the state of NC for infringing on my freedom of speech.  Guess what? We won!

As a result of the lawsuit I am free to give out nutritional advice to diabetics, to anyone.  Big Food and their lackeys in state government lost.

This is a victory for everyone!!  This is a loss for Big Food, Big Pharma and the Medical Industry.

Before we get to the ‘meat’ of the post let me say … THANK YOU!

The state of NC’s Board of Dietetics and Nutrition (NCBDN) told me that I could NOT give out dietary or nutritional advice without a license.

I disagreed.  The Institute for Justice (IJ) disagreed as well and took my case at no cost. We sued the state of North Carolina and the Board of Dietetics and Nutrition on freedom of speech grounds.

When I say thanks to all of those that supported me, I am sincerely thankful. THE outpouring of support was a factor in IJ taking the case!  Once the case began, the continued support and sharing of the story created a ground swell of support that reached the state board’s board members. I’m told they were inundated with negative feedback.

Three years later,  after the state’s deceptions and personal attacks the state gave up…. and accepted defeat!

From the beginning I thought this case was important on many levels.

1 – Big Food and Big Pharma was trying to ‘own’ nutritional speech... through the state nutrition agencies and boards.   If the state controls who you can talk to about any subject…

and in the case of nutritional speech, lives and qualify of life is lost.

2 – Big Food and Big Pharma have been tainting (or outright buying) nutritional science for decades.

I spend great time and effort exposing that, as well as the results of such corruption.

Victory allows me to continue to spread the news… without worrying about state intervention or sanctions.

3 – Also this case has helped elevate the case for a ‘low carb paleo’ lifestyle.  The case appeals to a wide range of interests.  Paleo, gluten free, grain free, anti-Monsanto, libertarians, #Occupy movement…  and of course diabetes.  All of these interests groups and more can identify with certain aspects of this case.  The villains are big corporations and governments… they need to be exposed and ridiculed.

Due to the wide range of interested people, more lives have been changed thanks to the publicity of this case..

Even if it’s just one life a day or one life a week it is worth it. Changing a life … is a powerful thing.

Hearing the words, “Thank You Steve” … is a powerful drug.  A drug that state sanctions were not going stop without a fight.

4 – Freedom of Speech – Someone once said, “The defense of freedom anywhere, is the defense of freedom everywhere.’  To a large degree that is true.  We must defend and expand our freedoms if we can. I saw this as an opportunity to do what I could to advance the cause.

The three-year battle … is OVER!!!

The majority of the press release is below.

Here is the board’s review of my website… which they later denied … ridiculously. Website_Review_Cooksey_Jan._2012

Cary, N.C.—Last week, the North Carolina Board of Dietetics/Nutrition voted to adopt new guidelines allowing people to give ordinary diet advice without a government license, thus settling a May 2012 First Amendment lawsuitt filed by diabetic blogger Steve Cooksey of Stanley, N.C. The board had previously told Cooksey that his blog offering personalized advice on how to follow the low-carbohydrate “Paleolithic” diet required a government license.

“Last week’s board vote recognizes that North Carolinians do not need the government’s permission to give someone ordinary advice,” said Institute for Justice Senior Attorney Jeff Rowes, who represented Cooksey in his lawsuit. “North Carolina cannot require someone like Steve to be a state-licensed dietitian any more than it could require Dear Abby to be a state-licensed psychologist.”

[WATCH A BRIEF VIDEO CLIP ON THE CASE]

In December 2011, Steve Cooksey started an advice column on his blog to answer reader questions about his struggle with Type II diabetes. Cooksey had lost 78 pounds, freed himself of drugs and doctors, and normalized his blood sugar after adopting a low-carb “Paleo” diet, modeled on the diet of our Stone Age ancestors. He wanted to use his blog to share his experience with others.
However, in January 2012, the North Carolina Board of Dietetics/Nutrition informed Cooksey that he could not give readers personalized advice on diet, whether for free or for compensation, because doing so constituted the unlicensed practice of dietetics. The board deemed Cooksey’s advice the unlicensed practice of nutritional counseling, sent him a 19-page print-up of his website indicating in red pen what he was and was not allowed to say, and threatened him with legal action if he did not comply.

“All I wanted to do was give adults advice on what they should buy at the grocery store,” said Steve Cooksey. “I was astonished that the government thought it had the power to regulate that sort of ordinary advice. These new guidelines make clear that I can provide that advice to anyone who wants to hear it, and they will provide important protection for all North Carolinians who want to talk with others about diet.”

Cooksey’s situation is not unique—the Institute for Justice is currently litigating two similar cases based out of Texas and Kentucky. In Texas, the Texas Veterinary Board wants to use its licensing power to shut down a retired veterinarian who uses the Internet to give veterinary advice to pet owners who often live in remote areas of the world without access to veterinarians. In Kentucky, John Rosemond—America’s longest running newspaper advice columnist—was ordered by the state’s Psychology Board to cease publishing his parenting column because the Board believes John’s column constitutes the “unlicensed practice of psychology.”

“Cases like Steve’s raise one of the most important unanswered questions in constitutional law: Do occupational licensing laws trump the First Amendment?” said IJ Senior Attorney Paul Sherman. “The Institute for Justice is committed to protecting occupational speech throughout the country. This settlement is an important victory in that fight.”

For more on the lawsuit, visit www.ij.org/PaleoSpeech.  Founded in 1991, the Virginia-based Institute for Justice is a national public interest law firm that fights for free speech and economic liberty nationwide. 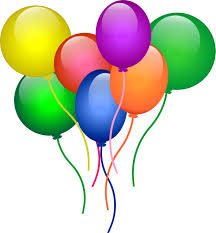 When the case started I wanted to …

“stop the state board of North Carolina from owning nutritional speech”

I want to thank you all so much for all of the supportive words … it has meant much to me.  No doubt the public attention helped convince IJ to take the case. :)

Thanks again to IJ for all that they have done including my two main attorneys Jeff Rowes (lead attorney) and Paul Sherman.  Both are great guys who give a damn about justice.

I am free to speak as I wish and I am UNLEASHED!!!