Big Food has influenced our nutritional policy and diabetes care protocols for decades! Coke ‘came clean’ publishing the names of all those in the nutrition  industry it ‘paid’ $120 million to. The list includes…

Are you so supremely naive as to believe these ‘experts’, groups and research groups are not influenced by $120 million? The stench of greed is strong in the nutritional policy arena. Big Food, Big Pharma and the Medical Industry all profit from the influence peddling. 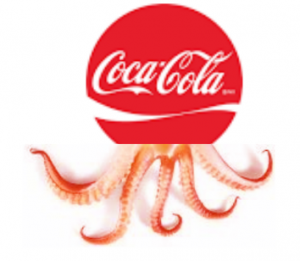 Big Food sells more processed junk-food as ‘healthy’. Big Pharma sells more drugs to treat the symptoms of modern diseases and of course, the Medical Industry gains revenue from all of the sickness and disease as well.

According to this Wall Street article, Coke admitted it has spent $120 million since 2010 to fund ‘research’.

“Coca-Cola Co. said Tuesday it has spent almost $120 million to fund scientific research as well as health and fitness programs in the U.S. since 2010, … “

None of this comes as a surprise,  but it is revealing and hopefully will convince those who are ignorant of the influence Big Food and Big Pharma has over our failed nutritional and healthcare systems.

While skimming the above referenced article I saw an institution that looked familiar, Pennington Biomedical Research Center (PBR).

“Several U.S. universities received funding between 2010 and 2015, including LSU’s Pennington Biomedical Research Center, which collected more than $7 million. More than $6 million was tied to “international study of childhood obesity, lifestyle and environment.”

Ordinarily I would not have remembered Pennington but I had written a critique of a RIDICULOUS study conclusion, in this post, “Dissecting a Study”. Guess who two of the funding entities were??? Kellogg’s and Pennington.  Interesting isn’t it?  Kellogg’s directly and Coke indirectly funding a ‘low-fat, high-carb’ favorable study.

Coke paying $7 million … to produce trash like the study previously mentioned, is shameful.

Here’s another commingling example, the first study I clicked on.  “Guiding Principles of Diabetes Care“.  If you click on this link, you will not see “Pennington Biomedical” listed, you have to click on the “Author Information” button.

Now I don’t know about you … but this smells bad, REAL BAD.

Pennington, a ‘research’ group that received $7 million from Coke, teaming up with the ADA to perform a study on “Guiding Principles of Diabetes Care”???

For those that do not know, the American Diabetes Association (ADA) received $31 million from large drug companies in 2012 alone.  Coke has given over $1 million to the ADA and also receives unknown amounts from other Big Food companies.

Remember there were 2,242 studies referencing Pennington Biomedical Research (PBR), that could have possibly been tainted by Coke through PBR.  And that’s just ONE of the research groups Coke donated to.

I’m not going to list them all but here are just a few of the study subjects, the previously mentioned Guiding Principles of Diabetes,  PCOS, Microbiome and Glucose Tolerance, Less Sitting, and “The Effects of Running on Chronic Disease“.   There are thousands more.

Do we really want a research group that received MILLIONS of dollars from Coke doing nutrition and fitness research?

Have they no shame?

In an article from PBS, Public Broadcast Service.

“Coke’s data also revealed financial contributions to research institutions like the Pennington Biomedical Center at Louisiana State University, which received $7 million over the past five years. A major study on the factors behind childhood obesity just released by the center left out any mention of sugary drinks.”

Does Coke’s money corrupt or taint research?   Of course.

Here is the press release from Pennington Research on it’s MAJOR study of childhood obesity.

No mention of sugar, sodas or carbohydrates … the study blames childhood obesity on the lack of physical activity.

I am all for physical activity and exercise, but to perform a MAJOR study on childhood obesity and leave out sugar, soda or carbohydrates … is clearly tainted.

A quote from this NY Times article,

“Funding from the food industry is not uncommon in scientific research. But studies suggest that the funds tend to bias findings. A recent analysis of beverage studies, published in the journal PLOS Medicine, found that those funded by Coca-Cola, PepsiCo, the American Beverage Association and the sugar industry were five times more likely to find no link between sugary drinks and weight gain than studies whose authors reported no financial conflicts.”

It’s now becoming common knowledge, our failed nutritional system is propped up by tainted nutritional ‘science’.  The incestuous commingling of influence by Big Food and ‘science’ is … revolting.

You can not, in good faith publish a ‘major’ study on childhood obesity without mentioning sugar, carbohydrates or sodas, you can’t.  You can’t blame it solely on ‘lack of physical activity’, you can’t.

The tentacles of Coke are just now being investigated.   Expect more revelations.

Keep in mind, it is not just Coke of course it’s all the Big Food companies, Monsanto, PepsiCo, Mars, Kellogg’s, General Mills, etc.

The obesity and diabetes epidemic continues to grow affecting 100’s of millions world wide. Quality of life and yes early death is the outcomes of our disastrous low-fat, high-carb, grain-based nutritional policies.

Trillions of dollars in future revenues are at stake.  The war is far from over.

Today millions suffer while a relative few profit … I want to change that.