I review a lot of articles and studies involving diet, nutrition and diabetes. Many of them do not pass the ‘smell test’? In other words, the article or study appears to be tainted by bias, money or both. I’ll show you one study that fails the ‘smell test’.

The best way to self-treat diabetes and to achieve lasting weight loss in my opinion, is with a low carb paleo meal plan like this one, “A Meal Plan You Can Live With“.  The outcome of the study that we will dissect below appeared to be contrary to a ‘low carb paleo’ approach, so I investigated. 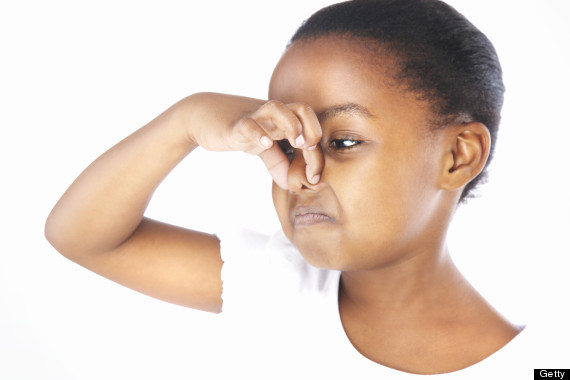 It is so easy for people to be fooled by charlatans and con artists… and in this context I’m referring to ‘researchers’ bought and paid for by Big Food, Big Pharma and the Medical Industry. The study we will look at below is an easy one to dissect, if you dig deep enough.

The main things I look for when dissecting a study.

This study claims, ‘between meal snacking’ is associated with reduced risk of being overweight and a reduced risk for abdominal obesity. By the way, this so called study doesn’t pass the smell test, and I’ll show you why I make that claim.

As we look at this study, keep two things in mind…

Attempting to analyze nutrition, peering through the ancestral prism is a tricky proposition. However, I feel pretty confident in saying the study results don’t make sense from an ancestral perspective.

Humans were not designed to snack throughout the day. It doesn’t makes sense that snacking in between meals would lead to a reduced risk of being overweight or being fat.

The results of the study didn’t seem reasonable… so I investigated further.

My first step when dissecting a post that doesn’t pass the ancestral perspective is to ‘research the researchers’.

Let’s look at those who were doing the research for this pro-snacking study.

You will see that she has been involved with several studies promoting RTECs (ready to eat cereals) for breakfasts. This alone is not damning but her career has consisted of promoting cereals and a low-fat, high-carb agenda. She too is likely to have been the beneficiary of Big Food money funding her studies.
It’s not very likely that she will suddenly switch gears and find that between meal snacking is harmful.

“RTEC [Ready To Eat Cereal] should be encouraged as a convenient, low-fat, nutrient-dense breakfast option.”

Steve Note: Ready to eat cereals (Frosted Flakes, Raisin Bran, etc are not suitable for human consumption in my opinion. If you want to fatten hogs for slaughter, or humans for that matter… go ahead.

“The substitution of whole grain for a specific proportion of refined grain ingredients of commonly consumed foods increased whole-grain intake and reduced disparities between demographic subgroups of children and teens.”

Steve Note: Neither refined grains nor whole-grains are healthy, certainly not in the forms of store-bought breads, cakes, cookies, pasta, nor cereals.

She is the author of the American Dietetic Association position paper on “Dietary Guidance for Healthy Children Ages 2-11 years” and served on the 2005 US Dietary Guidelines Advisory Committee. … she is neck deep in the “low fat, high carb” experiment that we have been experiencing. Do you think she is an objective researcher???

Do you expect her to go against her previous documented work??? Hardly. She also shares studies with Keast and our 3rd researcher, O’Neil.

O’Neil and Nicklas have worked together in addition to this study and both have received money from Big Food companies and groups, including the National Confectioners Association. Read this Associated Press story implicating both Nicklas and O’Neil in producing studies, even editing the conclusions of the studies as directed by the funding groups, including the National Confectioners Association.

All three have benefited from Big Food money.

All three have been on record supporting the LOW FAT, HIGH FIBER, HIGH CARB food pyramid that has created an epidemic of obesity and diabetes ….for 40 years. Do you think they will walk away from that??

Funding and Supporters of the Study

Before we list the groups who funded this study, I want you to feel assured.

The money paid to the researchers in no way influenced the outcome of the study and the authors of the study had no conflict of interests.

How do I know this? … the researchers told us of course.

“The funding sources had no input in the design, implementation, analyses, or interpretation of the research. None of the authors had a potential conflict of interest.”

This is a screen capture from the study.

To find the groups funding the study, you actually have to go to the ‘Full PDF‘ version, this information isn’t listed in other versions of the study.

I wish I was making this up… follow the links yourself.

Researchers who have had their hands in the “cookie jar”, who support the current status quo… producing a study paid for in part by Frito-Lay (a snack food company and subsidiary of PepsiCo).

So… given all the evidence… does this pass YOUR SMELL TEST?

This is why you can NOT “just read headlines” You must dig deeper.

10 thoughts on “Failed the Smell Test.”