The medical industry discourages a low carb paleo meal plan for managing diabetes.  Because of this, millions of diabetics suffer needlessly, every single day. 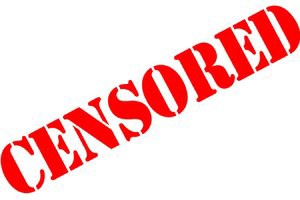 Corporate profits and therefore careers are at stake, as are trillions of dollars in future revenue streams. Big Food, Big Pharma nor the Medical Industry will give up without a fight.

The State of NC tried to stop me from providing diabetics with low carb paleo dietary advice for managing diabetes.  In this post, “Freedom of Nutritional Speech is Threatened“, I talk about how the state attempted  to infringe upon my freedom of speech, specifically nutritional speech.

A point I hammered home over and over, “If the state is allowed to infringe upon my freedom of nutritional speech,  diabetics would not know there is a better way to manage diabetes.’

Diabetics will NOT hear about low carb paleo dietary advice for managing diabetes, from their Medical Industry professional.  If the state closed my site (and other similar sites) diabetics would be left with only Big Food, Big Pharma approved, high-carb, grain-based diabetes dietary advice.

Not me, Jennifer Elliott. :) She is the dietitian whom the Dietetics Ass of Australia (DAA) expelled for promoting low carb  dietary advice to diabetics!!! I bash the DAA in these previous posts “Blinded By Science” and “DAA & Diabetes“.

“Nutritional advice to clients must not include a low carbohydrate diet. Jennifer will be advised on the information that she may provide to clients…. ”

More success stories and actual studies are being produced that show the benefits of  low carb paleo dietary advice for managing diabetes.  Yet here is the Dietetics Ass. of Australia expelling a low carb advocate and then a state health official, publicly announcing an anti low carb nutritional policy for diabetes management!

Unbelievable!!  It is on one level, but on another level it’s not surprising at all.

A quote from Jennifer in her post,  “Local Health District says…”

“Can you imagine having to tell a client with diabetes, who has lowered his BGLs, lost weight and come off all diabetes medications by reducing his carb intake, that he now has to start eating more carbs because SNSW Health says so !?”

The statement above is hurtful and harmful, but at least the person heard the truth, it’s up to them to decide.

Think of the 100’s of millions of diabetics worldwide who will never hear of a ‘low carb paleo ‘ approach to managing diabetes if the bureaucratic lackeys of Big Food and Big Pharma have their way.

If Big Food, Big Pharma and the Medical Industry has it’s way, no one will hear low carb paleo dietary advice for managing diabetes.

Big Food and Big Pharma sponsor and therefore taint much of the nutritional research and disease protocols.  I’ve spent a great deal of time pointing this out, here is my first ‘study’ dissection, “Failed The Smell Test“.   A more recent post, on the  “American Society of Nutrition“, I show with links, the sponsors of this group, a “Who’s Who” of Big Food.

There is no doubt Big Food, Big Pharma taint nutritional and disease studies.

There is no doubt that Big Food, Big Pharma influence dietary and disease protocol groups.

Trillions of dollars are at stake in future revenue streams for Big Food, Big Pharma and the Medical Industry.  Jobs, careers and livelihoods hang in the balance.

The lives of diabetics and others with diseases … mean little to them. 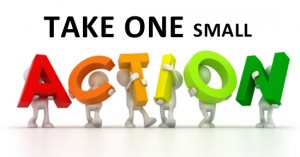 Send an email or two.  PLEASE write an email to:

Let Jillian know how despicable she and her organizations are.

While you are at it … write the Dietitians Ass. of Australia an email too.

Tell them to stop censoring the truth!!  The truth is, low carb paleo is the best dietary approach for managing diabetes.