My friend Rob tells his low carb paleo diabetes success story. His story is a little different, it features a Vegan twist.  His story is VERY powerful, please read.

I first became aware of Rob via his blog comments. They were simple and short ‘thank you’s. Then he left me  a comment “click here to view it” to this blog post, “Et Tu Fox News“. 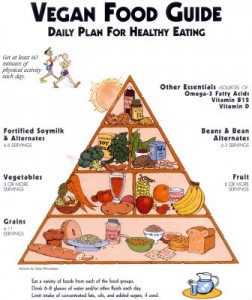 Rob’s diabetes success story appeals to me personally because he accomplished what I could  not.  He too had been convinced that Veganism was the secret to diabetic health. I tried going Vegan about a year before my diabetes diagnosis, but could never do it. So when a Vegan spoke up … I listened.

Rob’s story is powerful, not only did Rob become ‘sucked in’ by the “American Diabetes Association style ‘diabetes diet’… he also succumbed to the allure of ‘vegan diet’ for a diabetes solution, as I had been.

Below is Rob’s story in his own words.

Steve,  it would be an honor to share my story.  You’re website has had a tremendous inpact on my health.

I also had a food addiction that I couldn’t shake. I would wake up in the morning almost weaping at times and would promise myself that today would be the day that I would quit eating junk food.  I would crawl out of bed and have a cup of coffee and within 15 minutes I would start nodding off, my eyes would roll into the back of my head  and my speech would start sluring. Almost in a drunken stage.

Of course my wife and kids would be very upset but I used to tell them that I’ll be ok  and that I can handle it.  That drunken feeling would go away and I would go to work feeling tired  with a brain fog.

Well one day I couldn’t handle it anymore and I went to a doctor, who freaked out when she tested my blood sugar and it was 440 mg/dl and she told me to be in her office at 7am the next morning  and to make sure I fasted the night before. She sent me across the hall from her office to have some blood work done.

Four days later she called me and said for me to be in office the following day. Thats when she read off my A1c results (14.5) and explained the consequences. I knew what they were, I’d heard the lecture over and over many, many times. So I said to myself I’ll listen this time.

She sent me to a diabetes nutrition counselor and of course she advised me to start my morning with the usual oat meal, cereal or English muffin breakfast, small amount of protien (the size of my fist) per day, things like brown rice, wheat pastas, whole wheat breads, low fat this and low fat that, measure this, measure that, and of course eat plenty of vegetables.

This was supposed to be the ideal daily diet for me. Well years before, I heard the same advise from another nutritionist, and it didn’t help my blood sugar go lower at all  and I started back on the SAD (Standard American Diet) which lead to all these health issues. So this new nutritionist told me that this is time it will work.  After a week, I felt tired again with the brain foggy and this time with crazy blood sugar spikes.

So I took to the internet and the library for the holy grail of diabetes cures. I came up on a Youtube video, about Dave the raw food trucker (that’s what they call this guy) and how he got his diabetes under control by eating a vegan raw food diet. So I did further research into vegan diets and how they can cure different deseases like diabetes, heart disease, Krons disease, a bunch of other stuff. It made so much sense at that time.

So within a day or two, I was eating a vegan diet  and it seemed to help. I was feeling better and the mind fog started to lift, even the blood sugar went down a little. I started doing further research and bought  books by Dean Ornish, Caldwell Eselstein, Neal Bernard and Gabriel Cousens.  So I started to eatting a plant based diet of lots of green veggies, green smoothies,  green juice fasting, nuts and seeds, of course all low glycemic  and light exercise.  I would walk 20 to 30 mins a day.

I followed these books to the letter.  After 3 or 4 months I went back for more blood work.  This time my  A1c test the was 9+, my Tryglicerides went down, my LDL and HDL were starting to normalize  and the brain fog went away.

Some 4 or 5 months later, I had another A1c test done, and it was 7. 9 while HDL and LDL stayed about the same.  So I was happy with those numbers  and so was my doctor.  My morning readings were about high 120s to mid 150s.  My doc and I thought those numbers were great and we settled for those numbers.
One thing I noticed  with the plant based diet, my weight was going down, but my stomach (gut) stayed the same size.
My arms and legs were starting to look like twigs, and I was weak, in a sense that I couldn’t do a single pushup, not even a girly push up. When I  picked up a heavy grocery bag, I would strain. My strength was zapped.  If you notice most vegan/vegetarians are very laid back  and mellow. That is because of the no energy affect, the vegan diet has on them.

Oh one thing I forgot to mention. I was hungry, most of the time on a vegan diet. I don’t know if it was because of the fasting  or the food wasn’t filling enough.  A few months back, I couldn’t take feeling weak and frail  and I  thought to myself. “I need to change my diet.”  But I didn’t know what would suit my diabetes.  So again I embarked on another Google and Youtube mission for a diet for diabetics. That’s how I ran into your website, Steve. Even the name “Diabetic Warrior” sounded cool.  So I started reading, not only your articles, but the links you have on there are a wealth of knowledge.

The more I read about low carb/primal eating. The brighter the little light bulb kept on getting.  So again, I was back to the internet, library, book stores looking for an answer, to my diabetes.  Of course if you seek, you shall find.  I was in a parking lot at a store and there were all these people, mostly young,  some old. They were running, lifting weights, throwing heavy objects around, and everyone looked in great health.

So I gravitated to one of the older guys, closer to my age and asked him what they were doing.  He explained that it was a HIIT program, and he explained that they follow a low carb/paleo diet.  He also explained how crappy he was feeling for years  and when he went low carb, that crappy feeling went away for good! It made him want to exercise and be alive.  I walked away with a grin on my face.  Came home and started reading every website on low carb/primal/paleo and diabetes, that I could find.

I also found a doctor on Jimmy Moores web page,  who promotes and follows a low carb diet.  Two days later, I dove into eating low carb and within a week, I started feeling great and full of life!!  My morning numbers started falling into the low 100’s and sometime into the mid 90s. I started feeling strong again.

A few weeks went by and I was going to join a gym (that’s how good I was feeling) but I found my un-used P90x Cd’s (which I bought about 4 years ago), and I was doing as much as I could once or twice a week.
I now train 6 days a week and my strength and stamina are incredible. I also notice that when I work out, my morning numbers are in the 70s, and stay low throughout the day.

My LDL is normal, my HDL normal, my Triglycerides are a bit high 170s.  My goal is to have my A1c in the 4 point somethings, without medication I’ve come to a conclusion, that low carb is the best way to eat, diabetes or not. The vegan style diet is ok, but there’s something missing in the puzzle.

Steve that’s my story in a nutshell. I could of kept on rambling on and on. Maybe one day, I’ll send you another email about my terrible neuropathy, migraines, joint pain, erectile dysfunction, depression, sadness, anger towards myself, and a boat load of physical and emotional problems I had, due to high blood sugars.  As of now cured with diet and exercise.

I wish people out there would wake up, and smell the bacon and take notice that diabetes is an evil desease, and it will get them.

THANK YOU for sharing ROBERT!!!

“I wish people out there would wake up and smell the bacon” … INDEED my friend! … indeed.

Note:  Obviously this is Robert’s story and  his Vegan Diet experience may not  apply to everyone. I am still seeking a VEGAN who has normal blood sugar and who is taking -0- drugs and -0- insulin.

Ebook: How to Reduce Blood Sugars