Home » Personal » Date with the Devil

Why a new experiment? To gain knowledge of course! 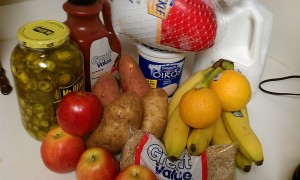 1) I am a Type 2 Diabetic who successfully self treats my disease with diet and exercise. I maintain normal blood sugar and I do it without drugs or insulin!

I promote and adhere to a meal plan containing less than 30g of total carbs per day the vast majority of the time. Over time I have gravitated to lower and lower carb consumption with a ‘typical’ day being 20g of total carbs.

2) I have been eating the meal plan mentioned above for almost 2 1/2 years, I am not tempted by high carb, sugary foods.

b) Obtained and maintain normal blood sugars at least for several months.

c) If Type 2 diabetic, have weaned off drugs and insulin for at least several months.

3) While I did go ‘high carb’ … I did not eat any glutenous grains or cereals… nor foods with ‘sugar added’.

1) In the deep recesses of my brain … I wonder if I am still a diabetic.

Day in day out my blood sugar is always in the range of non-diabetics. I know it’s because of my diet and exercise…  but I do wonder at times, just how much I am still ‘insulin resistant’.

So why go high carb? To test to see if I am still insulin resistant.

There are a few petty, jealous, mean-spirited people who have the nerve to claim that I am not diabetic and never was.  They say that I just had a ‘temporary’ pancreas failure… or that I carbed up so much I had temporarily high blood sugar.

FYI, I was rushed to the hospital in an ambulance from the doctor’s office with an A1c that was too high to read and blood sugar 700+ mg/dl (740 as I recall) … after four days in the hospital I exited taking 4 drugs and 4 insulin shots per day.  I did that for a month …

… well it’s December 2011. In two months it will be three years ago… so let’s see what highER carbohydrates do for me now!

3) If my blood sugars elevate … and stay elevated, I can show people what I do to reduce them naturally… no drugs, no insulin.

We decided to eat gluten free, ‘no sugar added’ foods.   No pasta, no wheat, no cereals etc…  I did want to eat rice for the starch to see it’s affect on my blood sugar…that’s the only ‘grain’ that was eaten.

We had planned to start in the morning but we decided to wait and fast until lunch time. 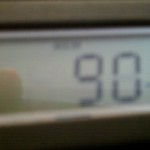 Note: This is the MOST carbs in a single meal EVER since going ‘low carb primal’…. up to this point. 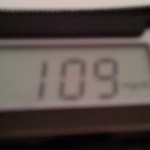 That was a good test… but what came next shocked me.

Not long after reading the 109 mg/dl, I started my workout, P90X Plyometrics.

If you push yourself, it’s as tough a workout as there is… and I pushed myself. :)

I’ve done this workout many times before and I’ve had post workout Blood Sugar readings anywhere from 80’s to 130’s. I was very nervous about reading after this workout because of the high carb meal just a couple of hours earlier. Intense exercise typically does raise blood sugar, see “Primal X and Diabetes“.

Wow was I relieved!!

60 minutes of Intense eXercise and I read an 87!! …after eating 44 grams of carbs earlier in the day. I was STOKED!!

*Note:  It’s should be noted here, when you eat a Very Low Carb meal plan and your body becomes accustomed to burning fat/ketones for fuel.  When you do eat carbohydrates, you are ‘hyper sensitive’ to carbohydrates.  Some erroneously believe this is an increase in insulin sensitivity, but it is not.

Point being… if I’m getting these results now, how much better would the numbers be once my body adjusted to the carbohydrates?

That’s right… I had 145 grams of carbs in a single meal… With rice and especially potatoes… it was EASY! 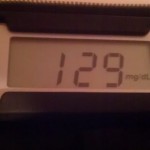 Stuffing myself with 145 grams of carbs in one meal and one hour later I was only at 129 mg/dl.

After this reading … my elation disappeared.  I am assuming the fat in the beef caused a delay in my blood sugar spikes. 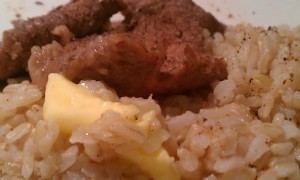 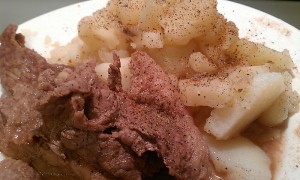 My blood sugar was still elevated 3 hours post… but I did eat 145 grams of carbs.

This post is getting long so I am going to wrap this up.

Tomorrow we will look at the food journals for each day as well as the results for day 2. :)

Here are the additional posts, Day 1, Day 2 and Follow Up.