A study showed Alzheimer’s disease treated with a low carb paleo diet, as a cornerstone of a treatment protocol, has actually improved Alzheimer’s symptoms!!

Not only is obesity and diabetes at epidemic levels, so is Alzheimer’s disease. Given previously failed drug protocols, Alzheimer’s is said to be a progressive and debilitating form of dementia. 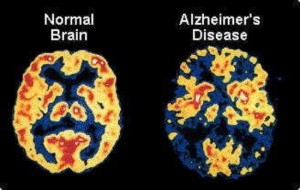 Alzheimer’s and Diabetes in my Family

My grandfather died from Alzheimer’s complications.  Alzheimer’s supposedly has a genetic component, therefore I pay attention to the science news that comes out on the subject.

I have written posts about the risk of dementia with people who have normal, but on the high range of normal blood sugars. Here are the posts, “My Blood Sugar Targets and Why” and “Diabetes and Dementia“.

Let’s take a look at a recent study on Alzheimer’s …   “Memory loss associated with Alzheimer’s reversed“.

“In the first, small study of a novel, personalized and comprehensive program to reverse memory loss, nine of 10 participants displayed subjective or objective improvement in their memories beginning within three to six months…”

THIS IS HUGE! Millions suffer from Alzheimer’s symptoms including decline in mental capabilities and is ultimately debilitating. leading to death with existing drug therapies.

The protocols which we will get to in a moment are not ‘quick fixes’, but took 3-6 months after the beginning.

“Since its first description over 100 years ago, Alzheimer’s disease has been without effective treatment. That may finally be about to change”

If you know anything about Alzheimer’s you know the above statement is true, given current drug therapies.

“Of the six patients who had to discontinue working or were struggling with their jobs at the time they joined the study, all were able to return to work or continue working with improved performance. Improvements have been sustained, and as of this writing the longest patient follow-up is two and one-half years from initial treatment.”

BAM!!! … yes this is a small study but still… this is so damn promising!

Below is one lady’s protocol. While reading this, note how similar it is to my low carb paleo lifestyle. :)

(1) Eliminating all simple carbohydrates, leading to a weight loss of 20 pounds;

I limit almost all carbohydrates.

(2) Eliminating gluten and processed food from her diet, with increased vegetables, fruits, and non-farmed fish;

Very similar, I don’t eat a lot of vegetables or fruits.  I do avoid glutenous, processed foods.

I do practice relaxed breathing and try to get outside in the nature. I ’empty my mind’ as much as possible while exercising most days a week.

(4) Second measure to reduce the stress of her job, she began to meditate for 20 minutes twice per day;

(5) She took melatonin each night;

I do not take melatonin. I have  in the past for sleep issues but getting outside in the sun and avoiding artificial light late at night benefits me.

(7) She took methylcobalamin each day;

I supplement with D3 several times a week and try to get mid-day sun most days.

I try to eat an oily fish every week. Sardines, salmon or tuna.

This is a compound that is found in meats.  I may supplement with this some day… but for now  I believe my diet provides enough.

(11) She optimized her oral hygiene using an electric flosser and electric toothbrush;

I use a toothbrush, baking soda and coconut oil. :)

(12) Following discussion with her primary care provider, she reinstated hormone replacement therapy that had been discontinued;

Not sure what this is… but I do not do it.  I have friends who do various hormone replacement therapies.

Yep! I do this often, practically every day.

Note: One patient did not respond to treatment, the patient had advanced, late stage Alzheimer’s.   Catching Alzheimer’s early is important!

Of course I would suggest eating and living a ‘low carb paleo way’ today!  Do not wait for disease or illness to strike.

The protocols for fighting Alzheimer’s in this study are VERY similar to my ‘low carb paleo lifestyle’. In my opinion, eating a low carb paleo meal plan that reduces inflammation is the best way for all of us to eat.

I do truly believe is that a ‘low carb paleo meal plan’ would almost certainly delay the onset of Alzheimer’s if not prevent it. Studies show that even people with normal blood sugars (but in the high end of the ranges) have increased dementia risk.

Do not wait for a diabetes or Alzheimer’s diagnosis … go low carb paleo today! :) 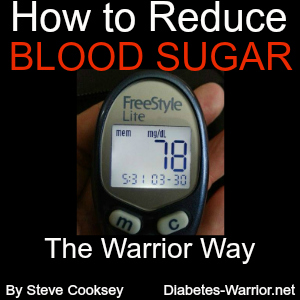 Invest a few dollars on your health and let’s get BUSY!