Brace yourselves! This is ‘World Diabetes Day”! The American Diabetes Ass (ADA) claims it is raising awareness this month, November is Diabetes Awareness Month.

Do we really need to raise awareness for diabetes? Or do we need proper education on successful diabetes management?

In my opinion we do not need to raise awareness for diabetes. This is really just a smokescreen for raising money for the ADA. What we really need is truly diabetic friendly diabetes protocols.

We do not need diabetes awareness …

We do need valuable, honest diabetes education that is not tainted by the ADA’s largest corporate donors.

We do need to educate people regarding the harm of elevated blood sugars! The information the ADA is promoting is not accurate and actually causes more harm. Here is a post on my blood sugar targets and why.

You would have to live under a rock NOT to be AWARE of the diabetes epidemic around the world.

Diabetes AWARENESS is NOT what we need .. .we need effective, non-biased education on successful diabetes protocols, starting with a truly diabetes friendly meal plan.

And no amount of fund-raising and donation to the ADA is going to change that.

Donating to the ADA

Big Pharma gives ADA plenty of money … read this post to learn how much ($31 m in 2012) … and this is JUST BIG PHARMA, it does not include the money from food companies such as Pepsico, Coke, Hershey, General Mill etc … and we know they give plenty.

Do NOT promote Diabetes Awareness Month… do NOT help the ADA raise money to promote a high carb, grain based, drug inducing meal plan… I do NOT.

Helping promote and support the American Diabetes Association (or their cronies) is not going to affect change in a beneficial way. There are many groups that have spent MILLIONS of dollars already. The problem is not money spent, it’s the information being spewed forth.

The ADA and ADA Minion do “some” good. Some of their work is beneficial, however the “bad” that they do far outweighs the beneficial acts. When you balance the promoting of a harmful meal plan to 30 million diabetics in the US and about 300 million worldwide … how can you say they are “net beneficial”?

SO I PROMOTE that we make them stand up and listen. How do we do that??? HIT THEM IN THE POCKET BOOK. When they see a reduction in donations … maybe they will listen.

After DECADES of “raising 10’s of MILLIONS of dollars for awareness” … and years of promoting “awareness” on the internet and through American Diabetes Association, through nutritionists, dietitians and even…. “Certified Diabetes Educators”….

95% of the diabetics I talk to … do not have a clue about the benefits of a low carb meal plan.

95% of the diabetics I talk to do not know what truly normal blood sugars are. 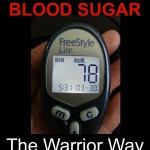 “How to Reduce Blood Sugar”.  It shows people how to reduce blood sugars and it tells them why.