The American Diabetes Association’s diabetes care guidelines are influenced by their corporate sponsors.  Why else would the ADA promote a high carb, grain-based meal plan to diabetics?

I have proof Big Pharma paid the ADA $31 million in 2012, but how do I know the ADA will partner with anyone… for money? Read the rest of this post. 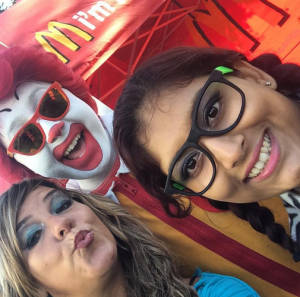 Have you ever been to an American Diabetes Ass. (ADA) sponsored event?    I haven’t but I did take a trip through the picture catalogs of a couple of events. The picture above tells the tale.

The American Diabetes Ass Has No Shame

The American Diabetes Association of Orange County California’s event pictures below.  People working together to help raise money for the ADA, as if $31 million from Big Pharma isn’t enough.

Look at the picture below.

What’s that on the table?   What the hell?  … pizza and cookies?

Are you sure this isn’t a pro-Monsanto, pro-Sugar Association lobbying meeting?

The American Diabetes Association wouldn’t be promoting grains and sugar… would they? 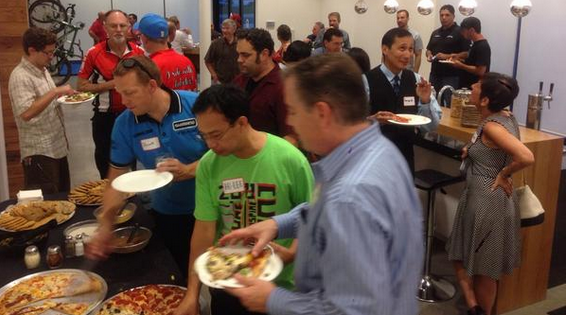 It’s one thing to promote cookies and pizza behind closed doors in the organizing meetings but the American Diabetes Association wouldn’t pimp this ‘junk’ in public… right?

These next set of pictures will be different I’m sure, the ADA wouldn’t be so stupid as to pimp grains in a public. Oh shit! 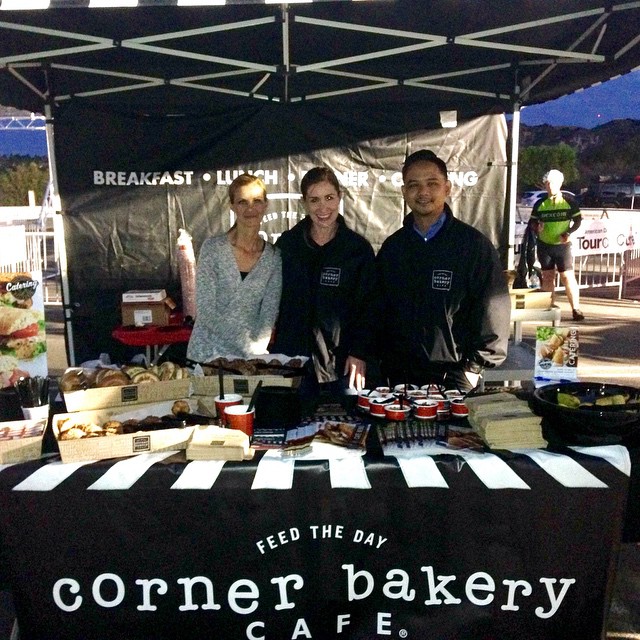 Say it ain’t so ADA!    An F’ing bakery!?  Providing breakfast for a walk to fight diabetes?
Bagels, pizza, cookies and sandwiches at a diabetes event should be bizarro world material. In the diabetes universe dominated by Big Food, Big Pharma and the medical industry, reality is turned upside down… for profit.

The American Diabetes Ass has no shame, they will whore themselves out to any corporate entity willing to pay in cash.

Most people do not bat an eye at the ADA for accepting $31 million from drug companies.

Most do not ‘get’ the connection. The ADA promotes a grain based, high carb, drug inducing meal plan… and the drug companies reward them for it.  Most people do not see that.

You would think EVEN the ADA would be embarrassed at the next picture. 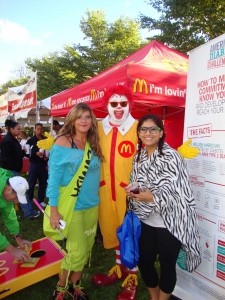 Why would the American Diabetes Association want to be associated with … McDonald’s?  Well known for their high carb ‘junk’ food and marketing to kids no less.

The American Diabetes Ass has no shame .. none.

How can you be taken seriously as a organization that’s raising money to stop diabetes… when you partner with McDonald’s?

The announcer in the picture below must have asked … raise your hand if you are a drug, insulin and bagel dependent diabetic …. 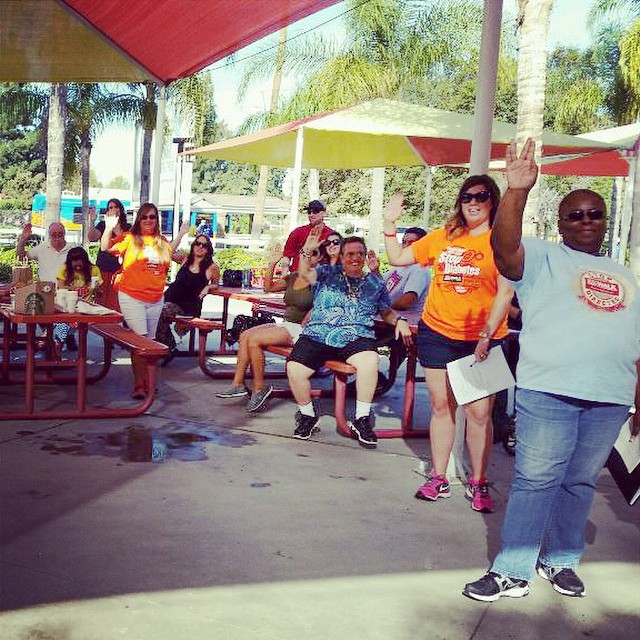 Ok. I made that part up in the previous sentence.  You can look at this picture and draw your own conclusions.

More Greed in the Diabetes Industry

The American Diabetes Association doesn’t try to hide it’s ‘partners’ … it has no shame.

As long as it receives money, the ADA is happy.  If you will  partner with McDonald’s to ‘Stop Diabetes”, you are an f*cking joke.

The ADA has been a joke for years, only the pain and suffering it causes keeps me from laughing.

If a picture is worth a thousand words… I just wrote an ebook.

The ADA is not the only diabetes group that sells it soul for $$$  The JDRF gets it’s hands dirty as well. Partnering with such ‘junk’ peddlers as Denny’s, Pepsi and KFC. 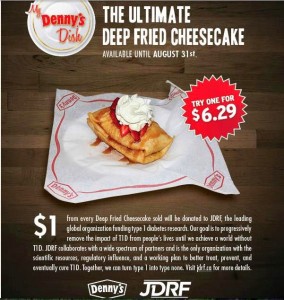 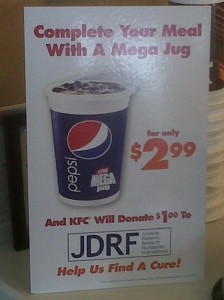 There is no shame in the diabetes industry.