I was diagnosed as a type 2 diabetic when I was 25 years old. 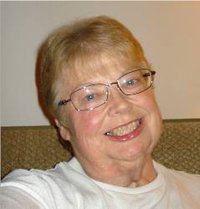 I was taking three (3) types of insulins Novolog , Lantus and Symlin. I was also taking two drugs just for diabetes Avandia and Glucophage. I was sent to Diabetes classes at the local hospital & I had appointments with their Certified Diabetes Educator (CDE). They of course recommended the ADA diet which is very high in carbs. My glyco hemoglobins were never normal. I have had to have laser treatment on my right eye three times, I also have neuropathy in both of my feet due to my high blood sugars.

In may of 2009 I was advised by my doctor to consider having gastric bypass surgery. He said alot of people have gone off their insulin right after having the surgery.  I wanted to be off insulin so I thought this is my miracle cure. Well I had the surgery and my blood sugars did not improve right away and I was depressed that I still had to do the insulin shots.

It was around this time that I received a freind request on facebook from Steve Cooksey . He was a diabetic who was off all his meds. He told me about eating low carb and the paleolithic diet. I started eating the way he suggested and my blood sugars improved dramatically. My last glyco was 5.9 . I’ve lost 175 + lbs and I am still losing.  I no longer take 10 shots a day . I might need to do 1 or 2 shots a month if my blood sugar is above what it should be.

I am almost insulin free and I take no oral diabetes drugs at all.

If I ate the way the ADA says to I would be on 10 shots a day and I dont want to be doing that. Its worth giving up carbs to be able to be free of constant insulin shots & the pills that cause so many side effects. I really am thankful that Steve told me about eating the right way and exercising.  He has helped me so much. I am able to get around better and my health has improved greatly .

Here is Ruth's Before and After

There are MANY things she’s leaving out.. we’ve known each other for about a year now.   She’s taught me much.  Here is her Before and After pic.

1) The sad truth is, many who have surgeries eventually add most or even more weight back  if they do not learn to eat properly.

2) Ruth was essentially drug/insulin free in December of 2009.  A hospital stay in January 2010 unrelated to diabetes caused her major setbacks… HOW?
While in the hospital, they would not feed her a proper “diabetic diet”…. they fed her the standard American Diabetes Association meal plan… loaded with CARBS!!! When Ruth discharged from the hospital she COURAGEOUSLY went back to taking insulin…. after all Blood Sugar Control is THE KEY!

She has fought back to about where she was prior to surgery. I salute her… many would have given up.  Indeed… many HAVE given up.

Thanks again for sharing,

Do YOU need help with diabetes management or with weight loss? Click Here.