In July of 2006, I realized something was wrong. 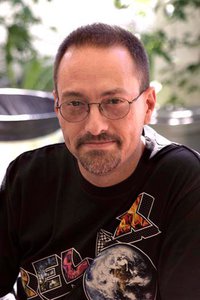 Frequent urination, terrible temper, always thirsty/hungry, tingling hands and feet. It was to the point where going to the bathroom was getting annoying, and even interfering with work. At my nephew’s baseball game that evening, my sister pointed out the number of Diet Pepsi and water bottles in the back seat of my truck. Being a nursing student, she suggested I get a check for diabetes.

At this time, I had cut back on the fast food habit and was eating a low-fat, “heart healthy” diet and avoiding cholesterol. Just what the ADA/AHA still suggest, in fact. I thought I was doing everything right. Yet I was always hungry, I could NOT lose weight, and I felt terrible. I had issues with allergies, constipation, headaches, and just overall felt flu-like most of the time. I was also about 210 lbs. on a 5’8” small frame with a low testosterone count.

My former employers had lost a great deal of weight with the Atkins Diet, and were always raving about it. I called the doctor, and it was going to take two weeks to get in with my schedule and his. I started this plan at once. In fact, I actually stumbled over the Paleo/Primal plan by accident. I didn’t want to accept the fact that I was diabetic.

I started eating meat, eggs, cheese, and anything that came out of my garden that wasn’t high-carb. Fresh vegetables, and a lot of them. I stopped with the milk, bread, flour products, chips, and anything that was a root. I started taking increasingly longer walks in the evenings.

Two weeks later, and my overnight fasting BG was 75! The doctor said there was no diabetes there, until he looked at my urine sample and told me “You’re already dead! You name it, it’s in there.” He meant sugars, ketones, and proteins. I weighed 184 on his digital scale. 26 lbs. in about 2 weeks? In fact, my body had started up burning off fat reserves because it wasn’t using what I was taking in. I told him about how I was eating. He wasn’t big on the whole idea, suggested supplements like B, C, etc. to make up for the lack of fruits and such.

The thing was, I felt a lot better. Just two weeks of careful eating was changing things.

I continued to test my BG. I was pretty much handed a meter and prescriptions for anything I wanted to try. That was it. He admitted his education in diabetes was covered by about one day in medical school. Armed with a meter and ADA recommendations, I hit the food market. I noticed at once that the ADA plan of low-fat/high-carb was what I had been doing, and it hadn’t worked. In fact, it was what had gotten me into the mess to begin with!

I soon learned that everything AHA/ADA approved was full of corn syrup and sugar! The carb counts were frightening! Our market was yelling about fat and cholesterol, yet pushing high-carb and sugars at the same time. It made no sense to me. I threw out over $100 in food at home at once. Even things I thought were safe. I ditched the famous Glucerna products as well. Full of sugars. High carb.

No way did I want to go with insulin, take pills, worry about lows, etc. I was determined not to do this. Besides, there was no way I could afford it. I knew I had to fix this with diet and exercise alone. The side effects alone from diabetes drugs were enough to encourage that idea!

My weight loss continued. I bought a belt. I had to buy all new clothes.

So I continued with low-carb, aiming at 30 grams or less per meal. I kept this up until December of 2009, and my weight stabilized at ~150 lbs. I went from a 38” waist to a 31”. I was, however, still eating low-carb bread. Many meals, I would not hit 30 grams of carbs. Dinner was usually a large serving of meat/fish with a side of green beans or something similar. I decided to push it back to 30 grams/DAY.

That first fall, I noticed at once that my allergies had cleared up. I didn’t get bronchitis that winter. The following spring didn’t bring the usual attack of allergies, sinus/ear infections, and the need to have my ears washed out as usual. I still had headache problems, though, as well as bloating and constipation.

In 2009, I ran out of bread. I didn’t get to the store for a week or so. I noticed a change at once. Now I realized I had had a gluten problem. I stayed off of all gluten products, then met up with Steve Cooksey (a distant cousin!) on Facebook. I started reading his notes, and learned I had discovered the Primal plan by accident. What I had suspected and wondered about with the ADA plan was confirmed. Not only did it not make sense, it made perfect sense to AVOID it!

I had been eating fresh meats, and things from the produce bin / garden and carefully selected canned vegetables in winter. While I was counting my carbs and doing fine, I realized I could go further.

This year, I did.

The headaches were cut dramatically, as were the digestive issues when I ditched grains in all forms. A simple test earlier this year – sandwiches on low-carb bread at a double-header baseball game. I had 20 grams of carbs in 4 slices of wheat bread. I paid for that for the next two days! It was like having the flu.

I have stayed on this low-carb, high-fat plan ever since. My weight is still stable at 150. I do not take medications. Stress has driven my A1C from 5.3 to 5.7, but still much lower than the 7.0 recommended by the ADA. I set my standards much lower. I usually have “below 100” AM readings, generally upper 80’s to low 90’s. I see anything over 100 as unacceptable.

As my doctor told me, “It’s not in the best interest of the medical profession to fix your problems, just patch it.”

I am still diabetic, however. I was accidentally served a regular Pepsi and my reading was 203 at 3 hours later. I felt terrible, hence the testing. I have since cut way back on diet drinks, too. I drink mainly water, decaffeinated coffee, and tea. My Diet Pepsi habit was slashed to one a day, many days not even that.

I have never taken a single shot or pill. I feel great. My vision has not degraded, my hands and feet are fine. I heal fast. No more allergy meds. Rare headaches. No more digestive problems.

So in summary what happened was this – I did what I was supposed to do: limit fats, cholesterol, eat lots of fiber and grains. I ended up overweight, diabetic, and with a raft of health issues. I went low-carb. Then I went Primal. For me, a fruit must be in season and on a feral tree. I lost the weight. I cut the BG readings. I am not med dependent. I feel great!

Steve Note: Keith Lawson has helped MANY MANY people by “caring and sharing”.  His story, like all of those who choose not to take the American Diabetes Association “ADA”  carb up and shoot up” so called diabetic diet… is an AWESOME STORY!

To fight against the tide of the ADA and their minions… to swim against the current of mis-information spewed by Big Pharma and Big AgraBiz… is truly an Awe-Inspiring story.

WE ALL should share these stories as much as we can.  If we can save one life a week… it’s worth it.

Thanks Keith for allowing me to share your own DIABETES WARRIOR story!!! ARGH!!!!  :)