Corporations, with Coke and Pepsi leading the pack are influencing national dietary policy and diabetes care as well.  Big food companies, large drug companies and the medical industry all profit from this association.

It was big news last year, many in the healthcare and nutrition industry were on Coke’s payroll, receiving millions of dollars.  I uncovered Coke’s, Pepsi’s and Big Food’s involvement in nutrition and the diabetes diet promoted by American Assoc of Diabetes Educators  back in 2011. 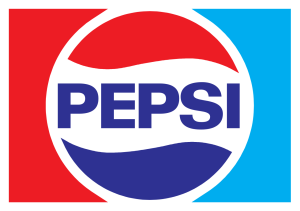 Do we really want Pepsi, Coke and other large food corporations influencing nutrition and diabetes care?

I discussed how “entangled” the American Dietitian Association (now the Academy of Nutrition & Dietetics) is with major candy, drug and junk food manufacturers (Big Food). You can read the post “Two ADAs” here , if you missed it.  Here is a short snippet from the post.

“…. the ADA lists The CocaCola Company, The National Dairy Council and the Hershey Center for Health and Nutrition as partners.”

Of course the “American Dietitian Assoc.” is influenced by it’s ‘partners’ Big Pharma and Big Food. Does it bother you?

The information below in my opinion … is EVEN worse. It is amazing what you can find by simply ‘surfing’ through the internet.

For those that may not know, the American Association of Diabetes Educators (AADE)  is a national group representing Certified Diabetes Educators (CDEs) .  These are the people  diabetics PAY for NUTRITIONAL INFORMATION, their lives DEPEND on the information they are given.

CDEs are people, entrusted with the responsibility to provide personal, diabetes management advice to millions of diabetics in the US alone.

The vast majority of Certified Diabetes Educators (CDEs) do not provide diabetes care, they simple treat the symptoms of the disease with Big Pharma drugs while promoting a Big Food friendly meal plan.

On the website of the American Association of Diabetes Educators (AADE) they listed their  Chairman of the Board of Trustees.   His name was Paul Madden, MEd  and if you look below, you can see that he was an employee of PepsiCo!!

PepsiCo working with and fundraising for the national organization of diabetes educators? The group most responsible for diabetes care? Does this bother anyone?

If I made this up, you wouldn’t believe me

If I made this up, you would NOT believe me! (Here is a link to one of PepsiCo’s websites describing Mr. Madden’s duties at PepsiCo.) Note: This link is now dead. “http://foodfrontiers.pepsicoblogs.com/author/paulmadden/”.

Paul B. Madden, M.Ed., is Director of Advocacy, Education and Empowerment at PepsiCo.

Working with the Nutrition and R&D teams, …to develop initiatives that support individuals and families to make more balanced, healthier choices with foods, beverages and physical activity.

In the above quote his job was, ” helping families to make more balanced, healthier choices…”   WRONG!

And if you still do not believe this look it up yourself, here is the link.

Note: this link too has been taken down, concealing their relationships. Fortunately I created screenshots of some of the information (see below).   http://www.diabeteseducator.org/Foundation/Board.html

Chairman of the Board AADE Foundation was PepsiCo Exec

Let me rephrase. The chairman of the Board of Trustees for the national diabetes educators group was a PepsiCo Executive.  The group responsible for the dietary and diabetes care plans for diabetics, had a PepsiCo executive heading it’s foundation.

Does this bother anyone? 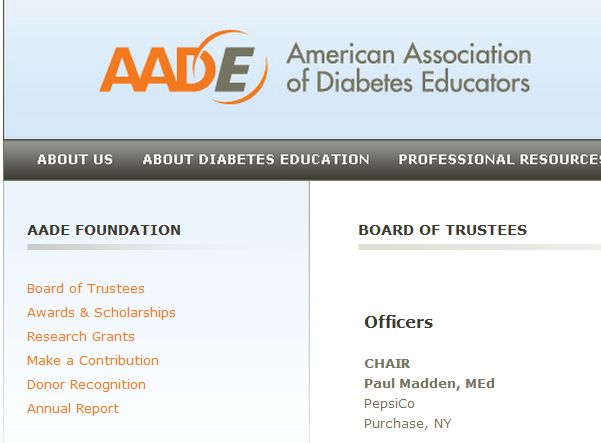 Also on the same page you can see more evidence of collusion and commingling of influence peddling, see below.   Ronald Hoven for example, is a drug company employee. I’m sure the profit or loss status of his company (Eli Lily) would never affect his decision making when it comes to diabetes care as a Trustee for “American Ass. of Diabetes Educators” (AADE). 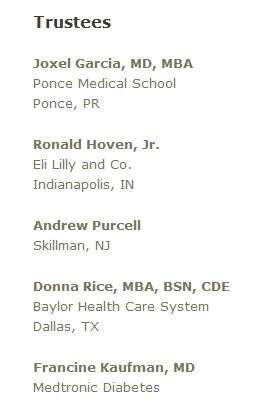 WHEN will you say enough is enough? WHEN!?!

When will YOU demand honest, unbiased diabetes management advice???

The American Diabetes Association and the American Association of Diabetes Educators (AADE) chief concern is not diabetes care, that’s why their treatments do not help you treat the disease.

Why does your diabetes educator give harmful advice? Because of the greed and monied influences of Big Food, Big Pharma and the Medical Industry.

When the public learned of Coke’s efforts to influence nutrition was discovered, there was public uproar.  It’s not ‘just’ Coke and Pepsi, it’s entire industry groups including large food corporation and large drug companies.

Corporations have tainted nutritional studies and nutritional guidance for decades. This influence has been felt not only in diabetes care but all disease groups. It must stop if we are going to have any sanity in the nutritional guidelines.