More and more doctors, dietitians, nutritionists and diabetes educators are ‘seeing the light’, still far too few of them to prevent the REAL pain and suffering that occurs to millions of diabetics every day. 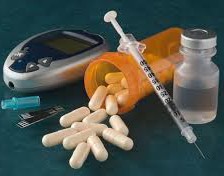 The above picture is a reality for too many diabetics.  Type 2’s burnout their pancreas and require insulin while Type 1’s develop insulin resistance.  This is a failure of our medical industry and they should be ashamed of promoting a ‘carb up shoot up’,  diabetes treatment protocol.

Direct quote from the article.

Can you believe it?  A medical industry study comes to the same conclusion. This study is from the “Institute for Health Metrics and Evaluation (IHME) at the University of Washington”.

If you spend much time in the “Diabetes Community” this will NOT be a shock to you.   I’ve lost many friends and relatives to early deaths. Many more who won’t follow my suggestions experience organ failures, nerve pain and amputations. :(

Carb Up and Shoot Up Diabetes Treatments

First, let me define ‘medical industry‘.  When I use this term I am referring to doctors, nutritionists, dietitians and diabetes educators.

Second, let me explain what I mean by “carb up and shoot up” diabetes treatments. The Medical Industry promotes a high carb, grain based diabetes diet.   Carbs raise blood sugars, a few carbs will raise blood sugars a little. See the pic below. 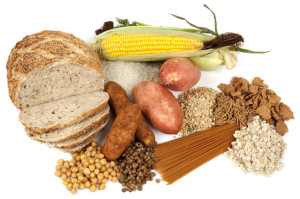 Carb Up, then Shoot Up

The paper is a lengthy one but I don’t recall seeing diet mentioned, so the study is not criticizing diet directly. However, the study does state the obvious…

Diabetics all over the world, including the US are receiving ineffective diabetes treatments!

Here is a link to the actual study comparing the statistics of the different countries.

The sad news?  I’d bet the bar for “effective treatment” is set far too low. I’m sure they are using the same ‘old standards’ like an A1C below 7 or 6.5.  In other words, the ‘true’ numbers of those failing to control blood sugars are likely to be much higher than reported in this study.  EVEN using the Medical Industry’s standards, 90% of diabetics fail at successfully managing diabetes.

All diabetics would benefit IMMEDIATELY from a low carb paleo meal plan ( like mine ) … yet the American Diabetes Association and the American Association of Diabetes Educators still promote a grain laden meal plan that benefits three groups… Big Food, Big Pharma and The Medical Industry.

Since I’ve adopted a very low carb paleo lifestyle all of my known diabetes complications have been healed.

I am in the best shape of my adult life and I maintain truly normal blood sugars.

All of this while being completely diabetes drug and insulin free.

My point that I want to ‘hammer home’ … even if they received the best care money could buy… millions of people would suffer from ‘carb up shoot up’ diabetes treatments. A high carb meal plan guaranteed to require them to take ever increasing amounts of drugs and insulin.

Who benefits from this?  Big Pharma,  Big Food, and the Medical Industry including the American Diabetes Association through increased “donations” from those groups.

I’ll close with this.  In the United States we spend more money than any other country on medical care.  Yet…

“In the United States alone, nearly 90% of adult diabetics — more than 16 million adults aged 35 and older — have blood sugar, blood pressure, and cholesterol that are not treated effectively…”

Question: WHEN  is a 10% success rate acceptable?