Home » Wall of Shame » Who benefits from this recipe, Diabetics? 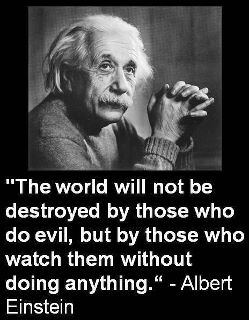 I truly love the quote in the picture to the right.

It can and has applied to many situations … but could not be more true than today…especially as it relates to dietary policy.

American Diabetes Association ( and ADA Minion) promotes a diet that is both high carb and grain based… the worst combination possible.  (Past Post)

Additionally they promote the eating of sugary treats as long as it is ‘planned for’.   All of this promotes an increase in drugs and insulin usage which satisfies their largest donor’s just fine…  Big Pharma and Big Agra Businesses.

They publish posts that feign ‘caring’ for diabetics… but when your dietary recommendations cause harm to 100% of your constituents… something must change.

As you read the rest of this post … ask yourself these two questions.

2) Are you mad enough to do something about it?

Here’s a link the ADA posted today on twitter.  Oatmeal and Apple Muffins.  No need to click on it, I’ve pasted the main information on the right hand side. 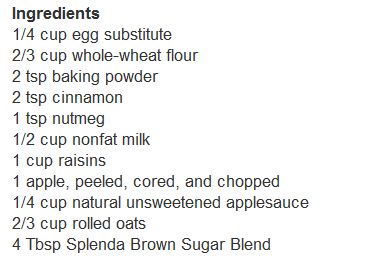 Most of the ingredients are part of the failed ‘low fat, high carb, grain based mantra’ that has LEAD to the epidemic in obesity and diabetes.

– Egg substitutes?  Why would you want a highly processed egg product?

– Whole wheat flour??? OMG! … this is the LAST THING other than sugar a diabetic should eat.

See what I mean?   When I read the ingredients I shuddered to see the carbohydrate totals…. here it is. :( 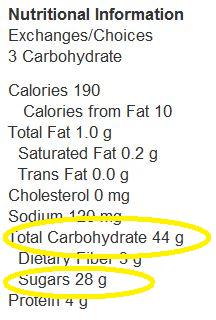 This shows how pathetic the ADA really is.

This whole recipe posting (by the ADA) was intended to promote a recipe book, this is not just a recipe by itself.  They are promoting an entire book of this , diabetes inducing CRAP!

AND THIS IS JUST A DESSERT!!!  and only one serving at that.

Ask yourself this question…

Who does this ‘recipe’ benefit?    Diabetics who must take drugs and insulin to reduce an insulin spike?

YOU know the answer… it’s not diabetics.

NOW ask yourself another question… do you care enough to do something about it?

In a few decades almost half of us will be diabetic if this continues.  So I’m not just talking about making changes for you, but for your kids and grand kids.

Join ME in making  a change.  Click this link if you want to work with me to make a difference.

In twenty years estimates show close to 50% of those in the United States having diabetes… if that’s even close to being true not only the US but the world will be in very bad shape.   To change these outcomes, we must take action to affect change in the dietary policy.

To do that, we will ALL need to pull together.  Are you willing to help? … or … are you going to do nothing?

For more information on why this must change….

90% of diabetics fail, I can’t prove it but I know the number is much higher than that.

BUT even using ‘standard’ measurements for failure… 90% is HORRIFIC!  World wide estimates are well over 300 million diabetics… so worldwide that’s at LEAST 270 million diabetics failing at controlling the disease.

Think of the suffering that involves… including neuropathy, organ loss and limb amputations.  It’s a disgrace!

It’s no surprise when the WORLD’s diabetic groups push a HIGH CARB, GRAIN BASED MEAL PLAN for diabetics.

So why does American Diabetes Ass and ADA Minion push a high carb meal plan that causes spikes in blood sugar that require drugs and insulin to correct?  Here’s a post I did showing 19 million reasons.  :)

6 thoughts on “Who benefits from this recipe, Diabetics?”