The headline is NOT new news…. anyone who KNOWS anything about Type 2 Diabetes knows this.

Even the American Diabetes Association (ADA) and American Ass. of Diabetes Educators (AADE) KNOW this… the problem is the ADA and AADE still promote a high carb meal plan because their true “constituents”  are harmed by a low carb meal plan. I am not talking about diabetics… I’m talking about all the ADA Minion …. Monsanto, PepsiCo and Big Pharma.

Sorry… I somehow became side tracked… AGAIN!!! :) Back to the topic of the post. Before I begin I want to thank John Hanson for sharing this post on Facebook. :)

There has been no doubt of the carb / type 2 diabetes link to many … however this is the first time I’ve read of a compound being named as the culprit, specifically methylglyoacal (MG).

‘…Methylglyoacal (MG), which is produced naturally as the body metabolizes glucose consumed in carbohydrates.’

‘They found that high levels of MG produce all the features of Type 2 diabetes, including damage to insulin producing cells in the pancreas, insulin resistance and impairment of body tissue to use glucose properly.’

** Note: Here is a link to the post in the Diabetes Journal , “Chronic Methylglyoxal“. FYI, not sure who is to blame but someone mistakenly used the word “methylglyoacal”, the correct term for the by-product of glucose processing used in the official diabetes journal is ‘methylglyoxal”.

The wording here is very interesting…. it does not say that high levels of (MG) were ‘associated with’ or ‘linked to’  features of Type 2 Diabetes… NO.   They used the term ‘produce’ … that is quite a statement.

NOW… as I mentioned earlier… this study tells us nothing that we did not already know.  It is an  incredibly important confirmation. 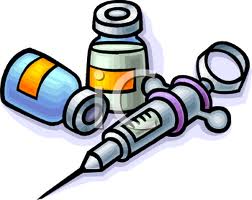 1) Will the American Diabetes Association ‘bury’ this information and continue pushing a high carb meal plan?

2) Will the American Association of Diabetes Educators … who also already knew that grain ladened, high carb meal plans cause Type 2 Diabetes… will they CONTINUE to promote a high carb meal plan that benefits Big Pharma and Monsanto at the expense of diabetics???

These are the unanswered questions.

If past history is our guide… money will continue to talk.  That is why it is SO important to stand up and let your voices be heard!

One thought on “Link between Carbs and Type 2 Diabetes”