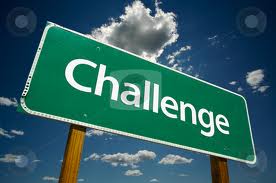 Tomorrow, 8/1 … will be my two year primal anniversary.

This is important to me for one reason …

As I went lower and lower carb after my diabetes diagnosis in February 2009 and went fully primal August 1, 2009 I began to tell more and more people about my Successful Self-Treatment of Diabetes.

As I grew in knowledge and experience I began to tell THE WORLD about living a ‘low carb primal’ lifestyle.  I expected the Diabetes community to accept me with open arms … I was wrong.  Like Dr. Bernstein and others … I was ridiculed, ignored or banned from their sites.

“Oh sure… low carb works now but you can’t maintain it. Within a year you’ll be back to eating high carb foods.  You are missing nutrients your body needs. “

Last year at my One Year Anniversary … EVEN then some Diabetes Educators were saying,

“It’s true that some people can maintain low carb for a year or more but that’s when many start to fail. Your body starts craving the nutrients you are not feeding it.”

Note: Certified Diabetes Educators were ‘defensive’ and were trying to convince ME that I was harming myself…. I knew differently but imagine what that kind of pressure would do to a confused diabetic who takes drugs and insulin several times a day AND STILL NOT MAINTAINING NORMAL BLOOD SUGAR LEVELS.

… so what will the ADA Minion say now that I have been “low carb primal” for two years?

… moving on…
I thought I’d give an update on ‘where I stand’ …. I have embarked on another lowER fat experiment and here are some statistics on the Eve of my Two Year “primal” anniversary.

I feel like a broken record on this but just to clarify, because it is important….

Historically I have eaten 66% of my calories from fat… and THRIVED!

I love EATING LOW CARB, HIGH FAT! And… I have reaped ALL of the benefits it brings… (improved health and fitness) but there were some longer term goals that I had not achieved AND I love to experiment so I decided to go even higher fat and then lowER fat, click on the links to learn more.

I was not successful in going truly lowER fat this last time … so I’m doing it again.

Note: Alcohol –  I rarely drink alcohol but I did drink wine last night… that percentage will drop into the 2-3% range. :)

Historically, since the diabetes diagnosis… I workout or exercise strenuously at least 5-6 days a week. But since we adopted a canine companion (Ollie) … I walk 2-3 times a day but my intense eXercise has dropped off. (temporarily)

For the past 17 days I’ve only eXercised intensely  4 times.  Three times it was  doing Sled Pushes, Tire Flips and Bear Crawls … see below. 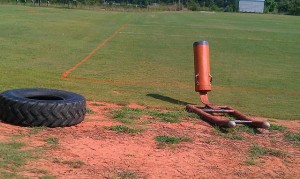 Today I was proud of myself, in 52 minutes I did …

Blood Sugar:  My overnight fasting blood sugar readings remain sub 100 mg/dl  and I am still drug and insulin free.   I normally read in the upper 70’s to upper 80’s, yesterday however I read a 95 mg/dl. That is high for me. I have not been sleeping well and I believe that’s the main cause.  If you want to see posts of me reading my blood sugar on video and some pics… click HERE.

A long term goal has been to achieve 6-pack abs … I know it’s vanity but as a formerly obese person… I want a six pack…. OK! :)

It’s generally accepted that to have a 6-pack a person needs to reduce their body fat % into the sub 12% range.  I can see ‘outlines’ of abs … so I’m getting closer. I’ve told people that I was likely in the 15-20% body fat range… just guessing.

I searched many websites and found this website “Home Body Fat Test” to perform my Body Fat Calculations.  A more accurate way to test body fat % is having a trained tech measure using calipers but I believe this is accurate enough … for my purposes.  The results can vary widely even using the same calculator depending on where and how you measure.

Here are my ‘inputs’ using the site above.

Assuming this is true… then I would need to lose 3% to really start to show or about 5 lbs.

If I lost 10 lbs … then I should REALLY start showing … assuming the 10 lbs was fat and very little muscle loss.

… the important thing is NOT to compare with me… but to measure the same way each time you perform this test.  That’s assuming you want to reduce body fat.

Here’s the really cool news… YOU CAN TOO!

“it is so simple… but it’s not always easy”

YOU just eat this way and YOU need to begin eXercising this way….  do it TODAY!