Wow… you really need patience and the ability to bite your tongue when ‘communicating’ with ADA Minion.   Their deceit and deception seemingly has no limits.

THAT STATEMENT MAY SEEM TOO ‘STRONG’ for some… but this post and the next will prove it … I promise.  OR YOUR MONEY BACK!

First a definition of deceit….

Let’s move on to Why I Communicate and the result of a recent communication.

I ‘engage’ ADA Minion in online communications to:
1) Hopefully show them the error of their ways… to my knowledge I’ve never been successful. I have helped many diabetics ‘see the light’ … but I’ve never ‘converted’ an ADA Minion.

Why have no ADA Minion converted?  Could be pride. Imagine having to tell diabetics that the advice they’ve been paying for made them sicker…

2) My main goal with ‘online communications’ is to educate diabetics or diabetic caregiver.

Yesterday on Twitter @dChickadee4Life  (Claire Blum)‘followed’ me and  I checked out her ‘tweets’ and bio. Her’s showed that she was a Type 1 Diabetic and listed a website promoting ‘diabetes care’ etc.

I normally like to provide urls/links etc when I critique but her’s is so RIDICULOUS … I am NOT going to even show an url.  If you want it … it’s easy enough to find, just look her up on twitter/google etc.

A quick review of her TWEETS showed that she attended the National Celebration of the American Ass. of Diabetes Educators! … which meant that she probably was an ADA Minion.

BUTT, you know me… I hate to ‘assume’ anything so  I asked two simple and straight forward questions.

We are limited to 140 characters on twitter so I have to be concise.  Sometimes the ‘shorthand’ can be difficult to understand so I’ll translate.

I was asking her how she felt about the American Ass. of Diabetes Educators (AADE) close relationship with PepsiCo? AND I asked if she promoted a high carb meal plan… too?

PepsiCo contributes heavily to the AADE and a PepsiCo employee “Chairs” the AADE fundraising group. I posted about it “HERE“.

PepsiCo not only makes sweetened drinks …they also make many High Carb, High Sugar snack and junk foods.   … there is CLEARLY a conflict of interest but few ‘raise an eyebrow’.

“I think the PepsiCo relationship sucks and yes I promote a high carb, grain based meal plan”

“I don’t see a problem with the relationship and no I don’t promote a high carb meal plan.”

But I did not receive an answer quite so simple … nor as honest, this is the reply I received.

…. hmmm, I asked what she thought of the relationship of AADE and PepsiCo …. and she replied with … “I’d rather no one ever drank another soda” ….

That would have been an EXCELLENT answer if the question had been, “Do you support Pepsi’s soft drinks?”

… but that was not the question.

I wonder how she feels about the myriad of PepsiCo’s other high carb products?

…. AMAZING the mental calisthenics it takes to avoid answering the question…   by the way, that’s answering a question in a deceptive manner, which equals “DECEIT“.    She obviously  is ashamed of the relationship or she would have stated her true feelings.

I asked her if she supports a high carb meal plan… she answers with “Best to eat nature’s way”….

The picture below is from her website…… it’s ADA way … ALL THE WAY! 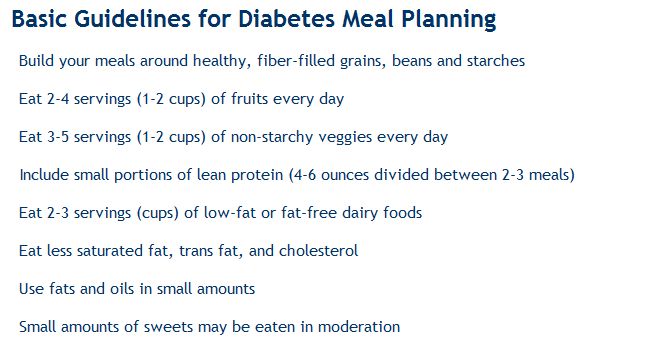 ALL HIGH CARB … and all the things I AVOID!

All those foods cause BLOOD GLUCOSE SPIKES!!! Which must be dealt with using drugs and insulin!!

But … what do I know, I just have normal blood sugar and I take -0- drugs and -0- insulin.  Oh yeah… I also have not seen a ‘diabetes educator’ in over two years… only went to see one… once.

Sadly, imagine the poor diabetics who not only follow her advice…. they pay for it!!!

Imagine paying for advice that harms you!!! … Millions do it every day.  :(

4 thoughts on “Deceit and ADA Minion”