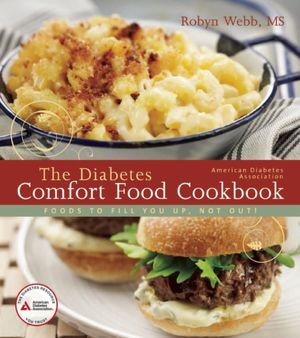 A cookbook the ADA was pimping recently.

1) 90% of diabetics fail at maintaining normal blood sugar, if you doubt that… read this post. “90% Fail“.  I truly think the number is much higher than that…. but this is the medical industry’s numbers.

** see the picture (above right) … those are carb laden foods, foods that I do not eat but then again, I don’t take drugs nor insulin either.

By the way, if you doubt that high carb meals create drug and insulin usage…  you have much to learn.

Carbohydrates = Blood Glucose Increase = Increase in Drugs /Insulin to knock down the spike.

3) The American Diabetes Ass. raises money 12 months a year… pleading with people to help “Stop Diabetes” now.  Or begging for people to give them money to ‘raise diabetes awareness’.

With all this begging and pleading… it’s easy to forget who their largest corporate donors are, giving $19 million in 2008, if this is news to you, read this post, “19 million reasons“.

Using the KNOWN facts above we know…

The American Diabetes Ass promotes a meal plan that creates more and more drug usage… while they receive MILLIONS from the companies that profit from the meal plan.

Namely these companies or industries are Large Drug Companies, Large Food Companies ( like PepsiCo), Chemical Companies (like Monsanto) and the Medical Industry (including ADA Minion).

So why mention all of this???

While MILLIONS of diabetics suffer … most of which is needless suffering, the American Diaebtes Ass. post recipes of pasta, cakes and cookies….

The American Diabetes Association is soliciting people to send in photos of ‘diabetes related’ license plates.

The American Diabetes Ass.  will spend resources to have someone collect all the photos, judge the photos and then create a page …

… while they devote resources to do this, they will devote -0- resources to promote a low carb paleo style meal plan.    A meal plan they know benefits diabetics.

This angers and infuriates me….. does it you?

Is it just me? Or is the ADA …. a totally pathetic, out of touch… JOKE who harms millions every day with their pathetic advice?