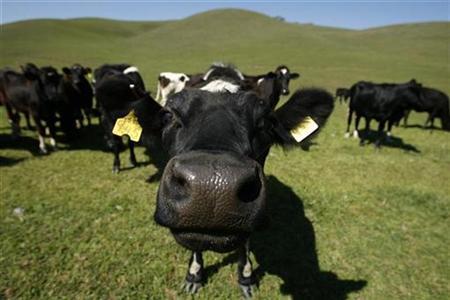 I read articles and studies that I disagree with… I want to stay open minded about nutrition and fitness. The failure of others to remain open minded,  is the main reason we are in this sad situation (obesity/diabetes etc).

I will highlight aspects of this study that I found to be troubling… see if you agree!

Below, in quotes are extracts from the actual Abstract of the study……

Background and Purpose—High red meat consumption has been associated with increased risk of some cancers and may also be a risk factor for cardiovascular diseases.

Right off the bat here we see prejudice.  If meat were a suspect on trial … I’d hate for these people to be on the jury.

Also, wait until you hear how much meat is “high red meat consumption”.

The researchers sent out questionnaires … we know these types of ‘studies’ have many inherent problems. People have difficulty recalling what they had for dinner last night, much less accuracy recalling a lifetime of food.

BUT for the purposes of this post we’ll assume that all the respondents were truthful and had 100% recall accuracy.

Now we are getting to the “meat” of the issue.  Cerebral Infarction is a type of stroke caused when blood flow is restricted to the brain, there are several other types of strokes.

The study CLAIMS that strokes from CEREBRAL INFARCTION were significantly increased… BUT NOT TOTAL STROKES.

Does this make any sense???  If red meat increases Cerebral Infarction but not total strokes…then MEAT CONSUMPTION must be therapeutic for the other stroke types…  do you follow me?

For the high meat group, if total strokes stayed the same… then the incidence of the other stroke types had to decrease.  Which (according to this flawed study), would indicate that …

a) High meat consumption had NO affect on total strokes.

b) High meat consumption actually decreased the incidences of the other types of strokes.

This so called “study” is already so muddy I would toss this into the trash heap…. but there’s more.

Fresh (unprocessed) meat consumption was not associated with total stroke or with any stroke sub type.

What the hell?  Why would the article have such an incorrect title???  Fresh meat wasn’t associated with ANY stroke increases… at all.

Now we learn that it’s not “meat” that increase the likely hood of ANY stroke type … it’s processed meat.  And as noted, EVEN processed meat didn’t cause an increase in total strokes, just in the one sub-type.

BASED only on the study we know the original article titled “Eating Lots of Red Meat Ups Women’s Stroke Risk” … is nothing more than a lie. It’s sensational journalism intended to mislead people,  red meat does not cause an increase in the likelihood of strokes.

Conclusion—Findings from this study suggest that red and processed meat consumption may increase the risk of cerebral infarction in women.

HAHA!!! … the study just said that “fresh” meat consumption does NOT increase the likelihood of stroke… now they say red meat, “may” increase the risk….  bull shit! FYI – Fresh meat includes the red meat (beef), pork, poultry to buy at your butcher shop.

Based on what I’ve already seen I’ve decided this study is SO PATHETIC and is an example of why studies are NOT to be trusted.

One of my favorite quotes, there are “lies, damn lies and nutritional studies” … :)

Last QUOTE … this comes from the article and not the study.  I could not find this on the Study Abstract so I don’t know this is correct.

The study team found that those in the top tenth for red meat consumption, who ate at least 102 grams or 3.6 ounces daily, were 42 percent more likely to suffer a stroke due to blocked blood flow in the brain compared to women who ate less than 25 grams (just under an ounce) of red meat daily.

2) People who are eating so little red meat per day are probably doing so over worries of “saturated fat”, which means their total fat consumption is likely low… which means they are getting the bulk of their calories from carbohydrates, which can lead to heart disease.

3) These people that “eat meat” …. we can assume very few follow a low carb primal meal plan… because so few do in the general population. Therefore this study … like ALL other studies showing “meat kills” misses the point.

It’s NOT the small amount of protein or saturated fat that is the issue… it’s the carbohydrates.

It’s the processed foods from grains and sugars that cause heart disease… not meat.

Most people, other than paleo adherents eat BREAD, potato chips or French Fries with their “processed meats” . Think burger, fries and a cola… very few eat only vegetables and red meat.

It is NOT the red meat people!!!

One thought on “Red Meat KILLS?”