A type 1 diabetic shares her experiences with us …  she’s primal and she’s pregnant. :)

It is a very compelling story… 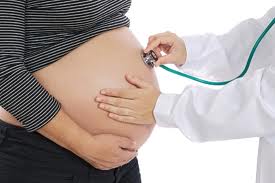 She has been a type 1 Diabetic for virtually her entire life, since the age of 18 months.  Type 1 Diabetics have very limited or no insulin production and therefore rely on insulin and diet for blood sugar control.

Her parents were strict with her, especially in regards to her diet. As she grew up she began rebelling against her parent’s control and once she left her parent’s home,  she was largely an “uncontrolled” diabetic.

When she married and began having a family of her own she began to take better control of her blood sugar.  This means she was eating pretty much any thing she wanted but she had become an expert at knowing the proper dosage of insulin to ‘cover’ the carbohydrates that she had eaten. During these years her weight would go up and down as she tried various plans, she even lost some weight with a low carb meal plan….. but the weight always came back plus some.

She and I had become Facebook friends in the fall of ’09 and when I created a Fitness Challenge Group on Facebook starting January 2010 … she decided to give “low carb primal” a true test. Being a Type 1 Diabetic is challenging enough… add to that the fact that the American Diabetes Association and the American Association of Diabetes Educators promotes a high carb meal plan did not make it easier.

But… she did it. She stayed primal … and by November 2010 she had lost 55 lbs in 10 months. I can’t begin to tell you the challenges she faced on a daily basis … but she tackled them essentially as a ‘single parent’ of two small children, while her husband Matthew was serving in the military in Iraq.  Her strength, dedication and determination to improve her health and fitness was a constant motivation for me.

Her Primal, Diabetic ‘experience was about to take another turn… she became pregnant… again.

If you think being a Type 1 Diabetic on a Primal Meal Plan is lonely… just add pregnant to the list and the support links all but evaporate.

Which brings us up to ‘today’.

My concern is, if you ‘just’ read the blog… you don’t get a feel for the ‘depth’ of her achievements. This post is to ‘fill in the blanks’, to help you read between the lines. She has challenges that very few deal with during pregnancy… because she is a Type 1 Diabetic and her desire to be PRIMAL!
I will quote and comment on excerpts from her most recent blog post, “15 Weeks”.

So for the past few weeks I have been extremely worried, after hearing that the baby’s bladder appeared enlarged. I found all kinds of scary things online, and was terrified that the baby wasn’t going to make it. Last weeks appointment was not reassuring.

She was told several weeks ago that her baby ‘appeared’ to have an enlarged bladder… which as she noted above, could have many bad outcomes.  She read online how eating low carbohydrates and taking too much vitamin D3 supplements could harm the baby…

…this is another reason I HATE the American Diabetes Association and the American Association of Diabetes Educators … they inappropriately place fear in the minds of ALL diabetics. BUT can you imagine how she must have felt when she was repeatedly lied to by doctors and Certified Diabetes Educators who attempted to have her eat more and more carbs for ‘the baby’s safety’. Then when she had a potential problem… she of course second guessed herself as any NORMAL person would.

So I had my appointment with the actual perinatologist, Dr. Royek, yesterday. I like him a lot. I told him about my fears and pretty much BEGGED him to recheck the bladder. He reluctantly agreed to do a “10 second check”.

The rest of the appointment went well also. The Dr. said that he will allow me to vbac [Vaginal Birth after Cesarean] if that’s what I really want, but he wants me to think seriously about the pros and cons before I make a decision.

This too is great news… just being offered the option for someone with her history AND being a Type 1 Diabetic… shows the doctor truly believes that she is doing a great job with her health during this pregnancy.

Dr. Royek was very happy with my blood sugars. He said he was extremely impressed with my control and that I was his poster patient. My last HgbA1c came back at 5.7 and he said that his is probably higher! I think the next one will be even lower. Below 5 is my goal, but we’ll see. 5.2 is the lowest I’ve ever had.

More evidence… she takes away excuses for any diabetic… Type 1 or Type 2…. you dig?

He was basically of the opinion that I’m doing a good job, and can manage my blood sugars on my own. He ok’d my lowering my carb ratio in the morning and it seems to be working. Hopefully I can maintain this for a while before the insulin resistance kicks in (usually about 25 weeks for me). So happy!

Ok… this is where I get a little emotional … to be honest.  Knowing all that she’s gone through, the emotional roller coasters.  The appointments she’s had, where she was told that she was harming herself and her baby by eating a low carb meal plan.  Being TOLD that she must see a “Certified Diabetes Educator” (CDE)  and that CDE telling her the same thing… “EAT MORE CARBOHYDRATES!” …. UGH!

But as you can see, she has persevered and she is doing great.  I am sooo proud of her.   She is TRULY a diabetes warrior… leading others not only by example but with her counsel as well.

Here is her blog where she wrote posts about her experiences, “My Primal Nest“.

One thought on “Primal Pregnancy and Diabetes”