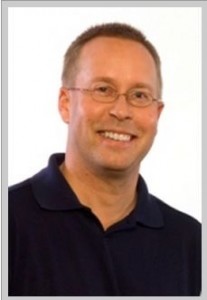 What? You did not know about it???

It’s a time when all the ADA Minion come together and slap each other on the back and tell each other what a great job they are doing.

He’s the guy in the picture to the right…. why is he smiling?

More and more diabetics are suffering … and he’s smiling?

In the past year, since last year’s “World’s Largest ADA Minion Party” …. here are some facts.

A published Study showing 90% of Diabetics are FAILING… the system has failed them.

More recently, 350 million people world wide are expected to be diabetic … right now. The number of people with diabetes has doubled in 30 years… worse still… the rate of increase is expected to CLIMB!  I posted about it here, “Epidemic of Misery“.

… I could go ON AND ON of course but I will not do so… we all know things are bad and getting worse from a public health standpoint.
Given the “Epidemic of Misery” regarding the sad state of current diabetics as well as their increasing numbers … what did the “Chief Scientific ADA Minion” say?

In an attempt to give you a ‘feel’ for his message, instead of restating what he said…  I decided to count the usage of certain words. By the way, here is what he said in summary form, “blah blah blah thank you.  Blah blah blah, remarkable progress, blah, blah, blah”.

Carbs or Carbohydrates = -0- … huh!   Carbs were not mentioned at all. Interesting … I know MANY who have controlled their diabetes with reduced carbohydrate consumption … Type 1’s and Type 2’s…. that’s odd.

Ketogenic/Ketosis/Ketones = -0- … very strange …  I stay in or near ketosis and I control my blood sugar with diet and exercise… no drugs.   You’d think the top Scientific ADA Minion would at least mention it.

Lipolysis / Gluco as in gluconeogenesis was not mentioned EITHER!!!  These are all related to ketosis … and why we do NOT need to consume ANY CARBOHYDRATES!!!! Which turn into glucose …which results in high blood sugar for diabetics.   I talk about ketosis, lipolysis and gluconeogenesis here in this post.

Wow… none of those words were mentioned… very interesting.  Approximately 90 % of diabetics are Type 2’s and they all could benefit immediately from the advice I’ve included in the links above …

I wonder what words were mentioned then???

Granted, there is NOTHING wrong  with the words drugs, therapies, technology, treatment … in fact they are all great words.  But while millions suffer… the chief scientific ADA Minion could not mention one study … one report … not even a comment about how reducing carbohydrates has shown to help ALL diabetics… it’s very sad.

The more things change… the more they stay the same.