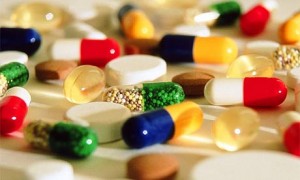 This post will discuss a study/article showing two diabetes drugs are linked to cancer.

Did you know that some diabetes drugs are linked to cancer?

If you didn’t, you need to find a new diabetes educator … although admittedly it may be difficult to find a good one, there are a few out there, here is a post I did with a paleo diaebtes educator” CDE Responds”.

The fact that drugs have negative side affects … should NOT be NEW NEWS to you.  By the way, the two drugs are  sitagliptin and exenatide.  Januvia  and Byetta are the ‘street names’ for these drugs.

They found a six-fold increase in the odds ratio for reported cases of pancreatitis with these drugs, compared with four other diabetes therapies they used as controls.

Here’s the kicker … this report shows that those diabetics who took these drugs  were more likely to have pancreatic cancer than those on ‘OTHER THERAPIES” … and we know that means other drug users or those with high blood sugars.  There are  very few diabetics who have truly normal blood sugars and a tiny percentage who are like me… normal blood sugar without drugs & insulin.  (Here is the 90% Fail post)…

This makes the study EVEN MORE damning…. I wonder how much more likely these drugs are linked to pancreas cancer compared to non-diabetics?

Key Concepts for ALL, especially for diabetics

If you are able to read this post and understand it … then you have enough ‘common sense’ to understand these three KEY concepts….

#1 You should NOT take drugs nor insulin NEEDLESSLY!

“In every drug is a poison”, a quote from Dr. Rosenfeld, Fox News Health Contributor.  I disagree with the doctor often but NOT on this point.

ALL drugs have side affects and consequences. Your only ‘hope’ is that the benefits will be higher than the negatives.  Why NOT remove the inflammatory foods that cause the disease to begin with? If you take drugs and are not on a low carb paleo meal plan… YOU could be taking drugs needlessly.

… restatement… if you are taking drugs and you are NOT on a low carb paleo meal plan… you probably ARE taking drugs needlessly.

Diabetes Educators and the ADA are not stupid. They know that high carb foods increase blood sugar and increase the need for drugs and insulin…  it’s Diabetes 101.   The big question is why they still promote the high carb meal plans…

#2 BLOOD SUGAR CONTROL is the KEY!

The worsening of Diabetic complications END with blood sugar control.

Diabetic complications (including neuropathy) begin to reverse as the body heals itself when you have NORMAL BLOOD SUGAR!

Do not let ANYONE regardless of the initials behind their name  MD, RD, CDE etc … TELL YOU ANY DIFFERENTLY!

In this post (click here) I discuss an article regarding a study… a study that ALMOST no one knows about… it shows that low carb diets can reverse Kidney FAILURE!   How does this happen?  By reducing high carb foods you reduce inflammation and it makes it easier for you to control your blood sugars.

… which happens to be a low carb, gluten free primal meal plan… LIKE MINE!  (click here for my diabetes diet)

In this post, “90% of diabetics fail” a study proves what everyone already knows… the ADA approved high carb, low fat, grain based diabetes diet is an abysmal failure.   It causes untold pain and suffering…

Many studies prove this …  diabetes educators could find the studies… if they cared enough to look.

If you are taking drugs … any drugs then you are playing Russian Roulette with your life, your health and your overall well being.

We’ve all seen it happen …a drug that has supposedly been tested (usually by the drug maker themselves) and found safe is later found to cause illness and diseases itself.  In fact, the research that was done by Dr. Peter C. Butler (UCLA)  discovered the link between Januvia and pancreatic cancer was paid for by Merck, the makers of Januvia.  Even after the research Merck, of course, refutes the claim and continues to say Januvia is safe.

DrugNews.net has more information about the Januvia side effects, and what can be done if you have experienced any complications from the use of the drug.”

Reduce the worry, reduce the fear… go low carb paleo and reduce the  drugs you are taking!!

I know of no one who has NOT reduced drugs and insulin after going low carb paleo.