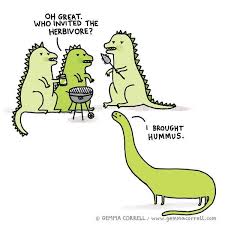 Thanks to Carol Green for sharing this picture yesterday. It was a very timely share. :)

The article and the headline, “Vegan Diet Best for Weight Loss“.

I don’t know about you but when I read, “Best” , to me it means … the BEST as in ‘none better’.  And in this context you would assume that many different types of diets were tested and that at least in this study… according to ‘the science’ … the vegan diet came out on top.

That’s not what happened here…

Many people just glance at the headlines of the articles… and when they see this it will reinforce what many believe as I once did … “a vegan diet” is the most healthy and best for weight loss.

Let’s look at the source of this study and their summary statement.

This is from a university  …  this could be legitimate.

The idea that the vegan diet is best was reinforced by the claim that people shed more weight on a ‘plant based diet’.

The bias of the researchers starts to show in the summary however.  These people have obviously bought in to the ‘low fat’ ‘saturated fat will clog your arteries’ mantra as is evidenced by ‘Other benefits of eating a vegan diet include decreased levels of saturated and unsaturated fat…’.

I haven’t even gotten to the study itself and the cracks in objectivity are showing.  As the rest of the nutrition world is learning of the benefits of saturated fats… these poor misguided researchers are still stuck in the ‘low fat’ camp.

The lead author on this study, Gabrielle Turner-McGrievy notes that the diet consumed by vegan participants was high in carbohydrates that rate low on the glycemic index. “We’ve gotten somewhat carb-phobic here in the U.S. when it comes to weight loss.” she said.

We’ve gotten somewhat carb-phobic…. REALLY?  This definitely sounds biased and seems that she is out to prove all of those ‘carb-phobic’ people wrong.

And I would submit that the vast majority of doctors, nutritionists and dietitians still promote a high carb, grain based meal plan … and I would NOT characterize people as being  ‘carb-phobic’.  I would phrase it as ‘becoming more carb-aware’.

She has a history of doing vegan research and is a member of the vegan group, Physicians for Responsible Medicine and here is the group’s 21 Day Vegan kick start program.

She’s a known vegan researcher and as I have noted on previous studies.. when someone has devoted their career to research promoting a certain diet … they are VERY unlikely to produce research that does NOT support that diet.

Next… the study participants were assigned to one of five diet groups.

The Omnivorous group excluded no foods. That means they could eat any thing. That sounds very much like the ‘Standard American Diet’.  I found the actual study paper  here … interesting and I quote…

“Participants attended weekly group meetings, with the exception of the omnivorous group, which served as the control and attended monthly meetings augmented with weekly e-mail lessons.”

The Omnivorous group was the ‘control group’, no foods were excluded…

The Omnivorous group was NOT a low carb group.

This was NOT a test of vegan vs low carb …

It was NOT a test of a vegan diet versus  a paleo style diet.

AND it most certainly was not a test of a vegan versus a ‘low carb paleo’ style meal plan.

At the very least it is disingenuous for the researchers and all of those ‘reporting’ on this diet study to claim that it shows that ‘a vegan diet is best’.

The vegan diet was only compared against various vegetarian diets and a diet with NO food restrictions.

Further evidence that there is NO ‘science’ in nutritional science.

This is nothing but more vegan ‘propaganda’ … and a very shoddy job of reporting the actual facts of the study by those that share it.

2. I do not believe a truly vegan lifestyle is healthy long term without supplementation.

3. I am sympathetic to the Vegan/Vegetarian point of view. I tried going Vegan several times … and never lasted a day.  I  wrongly believed the Vegan lifestyle was more moral and healthy.  At the time I was obese and extremely sick.

4.  I really do only care about one thing… providing people with a better way to self-treat their diseases and illnesses while improving their overall health and fitness.

5.  I would LOVE to find another way for diabetics to obtain and maintain TRULY normal blood sugars.  Of course I would share any diet or any supplement that helps people self-treat their disease.

I have been seeking a Vegan who has done what I have done for years … I’m still looking.