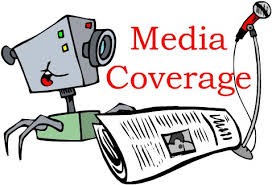 I was threatened with charges leading to possible injunctions, fines and possible jail time.  Why? For providing people, especially diabetics with ‘low carb paleo‘ dietary advice.  I think the state thought I would cave immediately, obviously they don’t know me very well.

I am stubborn and yes rebellious.

I am a loudmouth who likes to talk and share, especially beneficial news.

I like to entertain, make people laugh and smile.

In short,  I am a stubborn,  loudmouth, ham.

Add to that, after years of miserable health culminating with a diabetes diagnosis … I found a way to successfully manage diabetes and  all of my health issues!

So I Wanted to Tell it…

If you find a way to successfully manage diabtes, a disease that causes untold pain and suffering … you would want to tell it too!

In their stupidity, North Carolina’s State Board of DIEtetic and Nutrition decided that I was in violation of state law when I actually helped people control their blood sugars.  They told me to stop helping diabetics control their blood sugars… or they ‘could’ file an injunction and close down my site.  I was told by attorneys that I ‘could’ face jail time and fines.

By the way, the NC Board of Dietetics and Nutrition has no wisdom… and I am sure they admit privately that telling me to shut up was a very dumb idea.  While I do not know for sure, I’ve been told that the board has ‘hushed’ others … so I am assuming they thought I would roll over, submit and give up like the previous victims.

The Institute for Justice and I became good friends when they agreed to help me sue the State of NC for infringing upon my freedom of speech.

Big Food, Big Pharma and the Medical Industry have been controlling nutritional guidance for decades by tainting nutritional studies. They are now trying to own nutritional speech via their lackeys … the state boards of DIEtetics and nutrition.

I feel certain that ultimately truth will prevail  … but those that profit from the pain and suffering of others… will not give up without a fight.

We must stay ever vigilant against those seeking to profit from the pain and suffering of others!!!

Here is a link to a Media Page I created with all of the articles, interviews and posts.  Or at least all of the ones I could find.

If you know of one I missed or need to add, please let me know.

Here are the most notable or those I am most proud of. :)

This is notable because Richard Nikoley (FreeTheAnimal.com) was an early mentor. He wrote a series of post about the case

And the first person to report on the case … the gorgeous Sara Burrows. :)

Thank you all for your support… sincerely!!!

Update: I Fought the Law and WON!