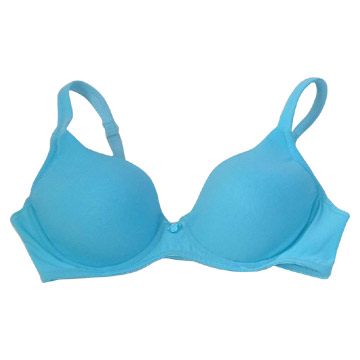 Some of you who read my blog …. “get it”. You understand what primal living is all about, you are “mostly primal”  and you LOVE IT!

Most of you who read are curious about primal living…  You see the success stories (click here) but for many reasons you do NOT commit.

This post is about people who do not … “get it”.  Since I do get it… how can I talk about someone who does not?

Answer: … I live with a person who does not “get it”….. my wife. This post will tell a story involving Max, my wife and I.

Deep Background: Since my diabetes diagnosis in February 2009 my wife has suffered through hearing me extol the benefits of a lower and lower carb meal plan.

Since August 2009 (about 17 months at this time) my wife has suffered through hearing me extol the benefits of Primal Living.

She’s heard me talk AD NAUSEUM about how our medical system treats symptoms with drugs and how … most of our ails would be cured if we would only EAT and LIVE as we were designed to do, or as close as possible.

We discussed how this is causing problems in pets (read this post on “Fast Food Causing Dog Diabetes? “) , I even talked to her about the evolution of canines from wolf to “camp dog” to pets.

Additionally and this is the most frustrating… she knows what I was like the day I exited the hospital following my diabetes diagnosis…. I was an unhealthy, obese, diabetic taking drugs and insulin injections.   She witnessed my transformation… a transformation that my doctor said,

“I’ve never seen someone transform their body like you have in such a short time.”

Having been an eye-witness to my transformation, having heard all the discussions about the benefits of primal living and the reasons why it is the most healthy, …. she is still not primal, … she’s not even “mostly primal” … she’s “some primal”.  That means when she’s home she eats what I cook but she will also drink a sweet tea or add grains,  rice or pasta to many dishes.  Additionally, when she’s away from home…she eats and drinks like everyone else.

I discussed with my wife my decision to move away from “store bought dog food” for Max (our dog) and the reasons behind it.   You know… dogs are carnivores so why feed them “grains”… most dog foods are mostly carbohydrates. So several months ago, we were going to start feeding Max a “primal meal plan”  and she knew exactly why….

Fast forward to last week… Tammy could not find her favorite bra. ( I thought this sounded odd… I have favorite jeans and shirts etc… but I don’t have a favorite pair of underwear…. ).

Then I remembered…. MAX, our 100+ pound lab had a history of eating my gym shorts, hand towels etc. He always ate them “whole”… we would know this because we’d find them in a pile on the floor after he had “expelled” them.   :(

A week after “THE BRA” disappearance, after searching every nook and cranny for “THE BRA” …   it still was M.I.A.  The only thing that made sense was that Max ate it.  Another possibility occurred to me… but Tammy assures me that she is not having an affair and did not leave the bra in some cheap motel. :)

The problem?  Max has not expelled “THE BRA” …. therefore, for several days now I’ve paid close attention to Max’s stools. All appear to be normal. (If he ate it, you’d think it would cause constipation)

This morning however… it was 16 degrees when I let Max outside and I decided to stay inside where it’s warm.  I told my wife that I was going to watch where Max “poops” from inside and go outside later to investigate his stools. My wife asked me a question that just…. floored me.

Wife:  When was the last time Max ate dog food?
Steve: I don’t know, it’s been several weeks at least.

Wife: Isn’t that bad for him?
Steve: What do you mean?

Wife: Not eating dog food, isn’t that bad for him?
Steve:  What are you talking about?!

Wife: You know, people food for a dog?

I won’t replay the transcript of the conversation but I will simply mention that I restated that dogs were carnivores and that eating as I eat is much better and closer to how he was designed to eat… blah blah blah.

I restated that most dog food is mainly carbohydrates and …. blah blah blah.

…. she knows why I eat a low carb primal meal plan.

…. she knows why I live primally and the benefits of it.

Some people just do not “get it”.  I think deep down it is denial…they do not want to believe they’ve been lied to for decades.

They are also in denial regarding their own wheat/carb/sugar addictions.

My wife has lived with me throughout my Diabetes experience.  She’s been a witness to my “transformation” from obese sedentary diabetic taking drugs, insulin etc to what I am today. A fit, healthy…. never sick Diabetic who takes -0- drugs and -0- insulin.

If she does not “get it” … I can not fault others who do not believe some guy on Facebook.

All we can do is share and care…. and change as many lives as we can.

Read, heed and give it a try…… become a Diabetes Warrior! ….. the life you change may be your own!

Click Here for a page of my core exercises.

** So far… we still have not located “THE BRA” … I think the affair option is becoming more likely…. :)