What is bizarre food for some people is actually everyday foods for others. You need to learn to expand your mind and expand your palate.  Eating a variety of foods will make managing diabetes easier.

Many successfully manage their diabetes eating only standard  ‘grocery store’ meats.  Eating organ meats (and more) is not a requirement… but I do believe it’s beneficial.  Organ meats and other parts of the animals can provide us with complete, optimum nutrition. 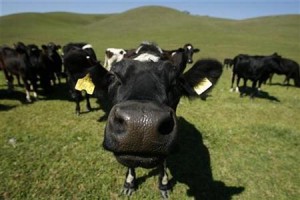 The Travel Channel television show “Bizarre Foods” with Andrew Zimmern demonstrates this more than anything else I’ve seen. If you have not seen it, you should check it out.

A recent show was from Kalahari, Africa … with real live hunting and gathering.  The tribes people ate beetles, nuts, berries, fowl and porcupine, it was a real treat, although not literally. :)

Note: The health of tribal people was not discussed… but these people were obviously NOT suffering from obesity.They obviously ate a low carb paleo meal plan.   I would be willing to bet these people are MUCH healthier and happier than the average person from a Western, first world country.

I had been planning to do a “bizarre or taboo food” post and this show brought the topic front and center…. so here we go. :) 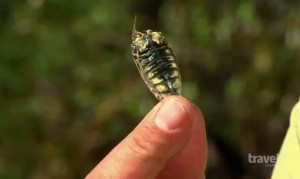 In this post, “Low Carb Pyramid, Say You Can” … I talk about “Say you can” eat traditional low carb foods.  You know pork, poultry, fish, and beef …

YOU would be surprised (or maybe not) at the number of people who ‘can not’ EAT POULTRY, FISH, BEEF or PORK!!!

YOU would think that I was asking them to eat the Jewel Beetle that was eaten by the Tribes of the Kalahari! (picture is to the right)

I Can’t Eat That

1) There are people who have legitimate food allergies that may prevent them from eating certain meats … but that number is VERY LOW.   The OVERWHELMING majority of people who say they ‘can’t eat’ certain foods … are really saying, “I don’t want to eat certain foods”.

… “I can’t…” and “I don’t want to” are two totally different statements.

2) A couple of people I’ve met have had their Gall Bladder removed and they believed (in error) that they could no longer eat meats, especially fatty meats.  Their doctors failed to tell them that they can INDEED eat fat and fatty meats … they DO need to take digestive enzymes that will replace those produced by the gall bladder. These are widely available and relatively inexpensive. 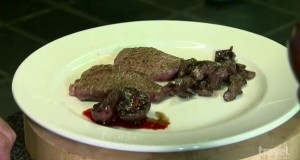 This dish was served in a restaurant … Impala Liver and Kidney

When determining which foods are bizarre or taboo… it really depends on your culture. Many peoples today eat insects and worms on a regular basis.  I’ve never been afraid to eat unusual foods…

Rabbit, squirrel, deer (venison), Grouse, Quail, Alligator, Squid, Rattlesnake  … any seafood… are all foods I’d eaten prior to ‘going primal’ … really prior to this year.

I had heard (and it’s true) that organ meats are more nutrient dense and often less expensive than other cuts of meat…. if you spend time reading about paleo or primal, you’ll learn that quickly.   So I knew it was better for me … but until this year I had not ‘made the jump’.

Folks who helped me Expand my Food Menu

Jimmy Alva has been instrumental this year in ‘nudging’ me to eat more ‘non-traditional’ foods.  We became Facebook friends this year  and his postings regarding different foods lead me directly to try Beef Tongue, Beef Heart, Oxtail and Beef Liver.

Deanna Eberlin and her Blog “The Wilderness Childe” will ‘open your mind’ to new foods. She posted about creating a meal worm farm…. was great. I still want to try that… some day.  This post on “Pig Head” was great too.

Mark Sisson … like I’ve said before, Mark’s website MarksDailyApple is the FIRST place I look for information.  This post on “Organ Meats” is an excellent start if you are interested…and you should be. :)

My Posts on Bizarre Foods – bizarre according to some.

I ENCOURAGE YOU ALL to experiment and ‘open’ your minds to new foods. Especially organ meats… grass fed if possible. Grass fed organ meats are not as strong tasting as their grain fed counterparts in my opinion.

Why do I say that? … from my experience, the main reasons people ‘fall off the wagon’??

1) Giving in to the sugar/ carb addiction before it’s truly broken.

2) Being influenced by peers.

3) Lack of variety. Some become bored due to a lack of options…  Food should be considered more as fuel, however variety can help. There is a great deal of variety… if you are open minded. :)

*  #3 is the main reason I want people to expand their menu options… assuming it’s all ‘real food’ … and primarily low carb, gluten free … meats and vegetables.

** I believe that lack of variety also weakens the defenses in tackling the first two reasons.

Eating a variety of foods will make managing diabetes easier, it has for me. :)

Regardless… go LOW CARB primal and begin to experience the awesome benefits on your own… once you do, you’ll see why I say…

One thought on “Bizarre Foods…add variety”